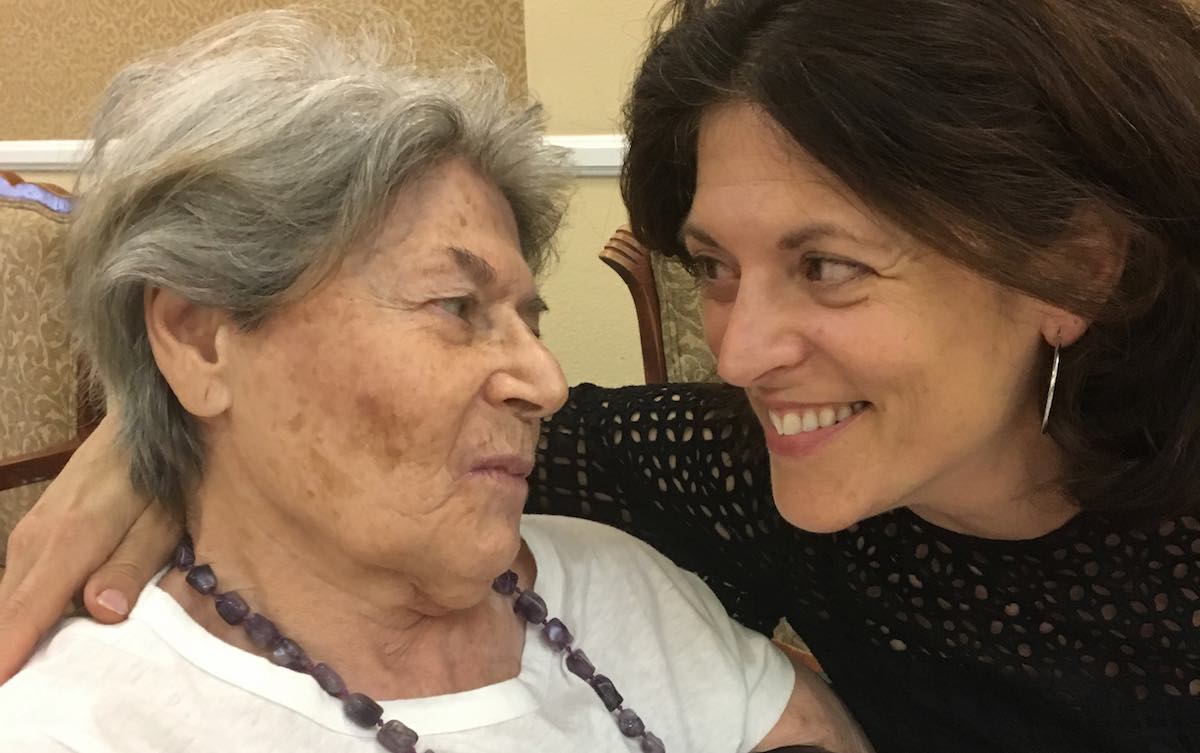 After Dani moved her mom with dementia across the country in order to care for her, the 85-year-old became despondent and depressed. A comic and author, Dani Klein Modisett had earlier discovered that the principles of stand-up comedy could save her marriage, and wrote a book about it. She suddenly realized that the ‘medicine’ for saving her mother from emotional and mental detachment was laughter. Now her “Laughter on Call” service is helping other seniors.

The event is being hosted (and recorded for video and podcast) at the iconic music recording venue at 6365 Selma Avenue in Hollywood, in the building now known as Liberate Hollywood.

•  Get a Lightening Round of the latest Good News from GNN Founder Geri-Weis-Corbley.

•  Producer Anthony Samadani co-hosts the live in-studio interview with this week’s guest, comedian and author Dani Klein Modisett, Founder of ‘Laughter On-Call,’ which brings the medicine of laughter to seniors and dementia patients; and author of “Take My Spouse, Please” based on the principles of comedy that saved her marriage.

WATCH the show streaming LIVE on the GNN Facebook Page. 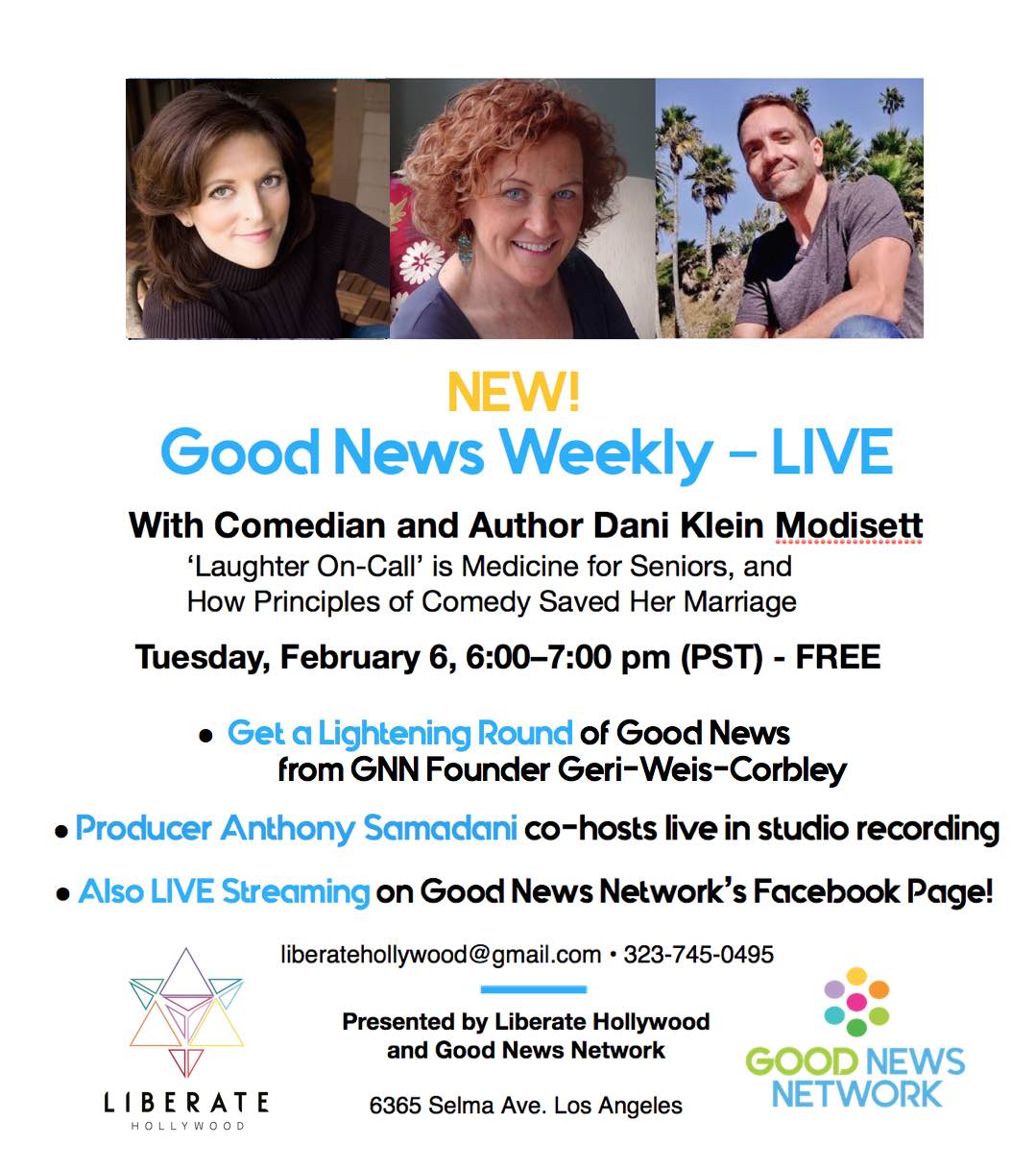