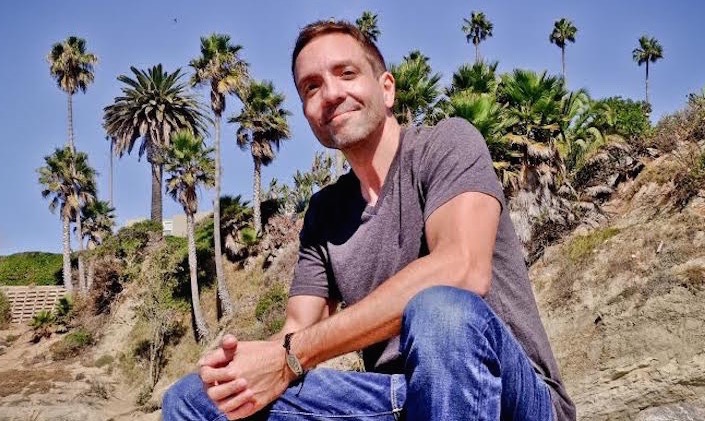 Anthony is passionate about empowering people to make every day count and challenging them to find the good in everyday interactions. As a social good entrepreneur, speaker and consultant, Anthony works with individuals and organizations to discover their good so they can “do good, for the greater good.” An attorney and producer by trade, Anthony partnered with Good News Network in 2017 to use his entertainment and business acumen to revamp the platform and offer more ways to discover good in the world.

Anthony contributes to GNN’s recently launched podcast called Good News Gurus, sharing personal reflections alongside interviews with inspiring entrepreneurs, investors, authors, celebrities, and everyday heroes exploring their tips and tricks for doing good both personally, professionally and spiritually. Anthony also teaches a course about social entrepreneurism at the UCLA extension school and is currently working on a book entitled The Good Currency. (Want to find your good? Connect with Anthony below.)

Anthony has worked in the entertainment industry for 18 years. After passing the California bar as one of the youngest lawyers in 2000, he spent the first 10 years working in both Business and Legal Affairs covering all aspects of theatrical film and television deals.

PRODUCTION: In 2010, Anthony teamed up with Executive Producers Mark Koops (creator of the Biggest Loser) and Eric Day to help launch Trium/INE Entertainment – an unscripted Television and Digital production company. During his time at INE, Anthony helped develop and produce over 30 projects including the Emmy-Nominated reality show RECIPE REHAB, Emmy-Nominated scripted comedy TV show, CROSSROADS OF HISTORY and MVP (Most Valuable Partner – featuring Kevin Durant). He also co-created and executive-produced the nationally syndicated television show HATCHED that documents the journey of entrepreneurs as they attempt to launch in national retail stores. HATCHED, in partnership with HSN and Sam’s Club, has since helped more than 10 start-up companies secure major retail distribution and investment. Anthony recently wrapped production on the action-packed drama film WE DIE YOUNG (based on an Oscar-Nominated short). He is in pre-production on his next feature film based on the hit Netflix documentary FEAR OF 13 – the story of Nick Yarris, who spent 23 years on death row for a murder he didn’t commit.

GOOD CURRENCY – The Good Currency is the first daily planner that inspires and organizes people to do good (for themselves and others) 24 hours a day. This unique breakdown helps individuals live more fulfilling lives personally, professionally and spiritually. Release date Q2 of 2018.
GOOD NEWS GURUS – Think ‘Chicken Soup for the Soul’ meets Good News Network. Geri and Anthony (along with celebrity radio host Ellen K) will pick some of the best Good News stories from the past 20 years in 5 different categories: World News, U.S. News, Inspirational, Kids and Animals. Release date Q4 of 2018.

PRODUCTS: Anthony created and launched www.WithinGood.com – which sells the wearable reminder bracelets ‘Within Good, There is God’ with 50% of the net profits going to charity.

Anthony works with organizations to help their leaders, employees and/or students realign their purpose, vision and actions to one central path – find their good, to do good, for a greater good. He credits his family, faith and mentors Muhammad Ali and May May Ali, for helping to form his motivation and clarity of purpose.

An Incredible Bonus I Just Discovered: Fasting is as Nourishing for the Soul as It Is Healthy for the Body