Home All News Arts & Leisure Gorilla Hugging Man Who Saved Her Life: The Wildlife Photographer of the... 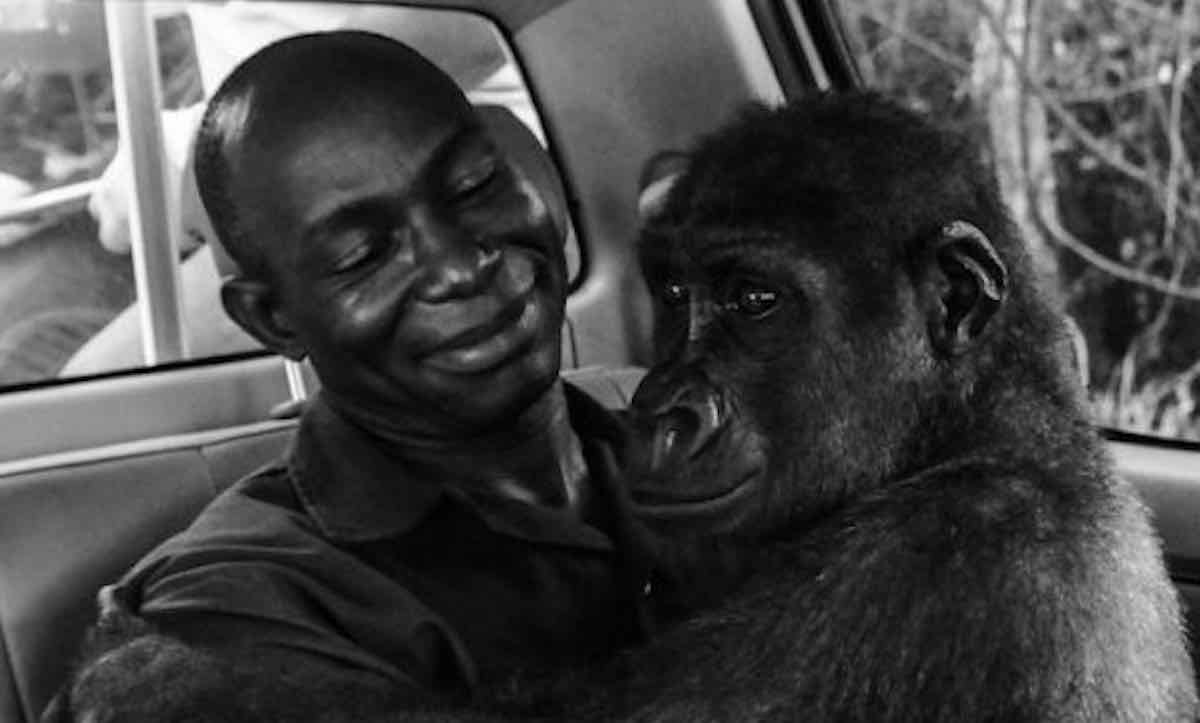 This photo of a man and a gorilla sharing a sweet embrace has earned Jo-Anne McArthur the coveted title of the Wildlife Photographer of the Year People’s Choice Award.

Pikin the gorilla had originally been captured by poachers with the intent of using her for bushmeat. Thankfully, the Ape Action Africa charity rescued her and brought her to an animal sanctuary in Cameroon.

In the photo, Pikin was being transferred to a new sanctuary when the sedatives wore off and she woke up.

While some animals might have exhibited discomfort towards finding themselves in a moving car, she woke up in the arms of her caretaker Appolinaire Ndohoudou.

LOOK: Homeless Teen Goes From Living in a Car to Creating Absolutely Stunning Photos as a Wedding Photographer

Ndohoudou shares a bond with Pikin; not just because he helped rescue her from the poachers, but also because he too was forced out of his home in Chad because of a civil war.

Upon rebuilding his life in Cameroon, he found a passion for helping displaced wildlife – just like Pikin. 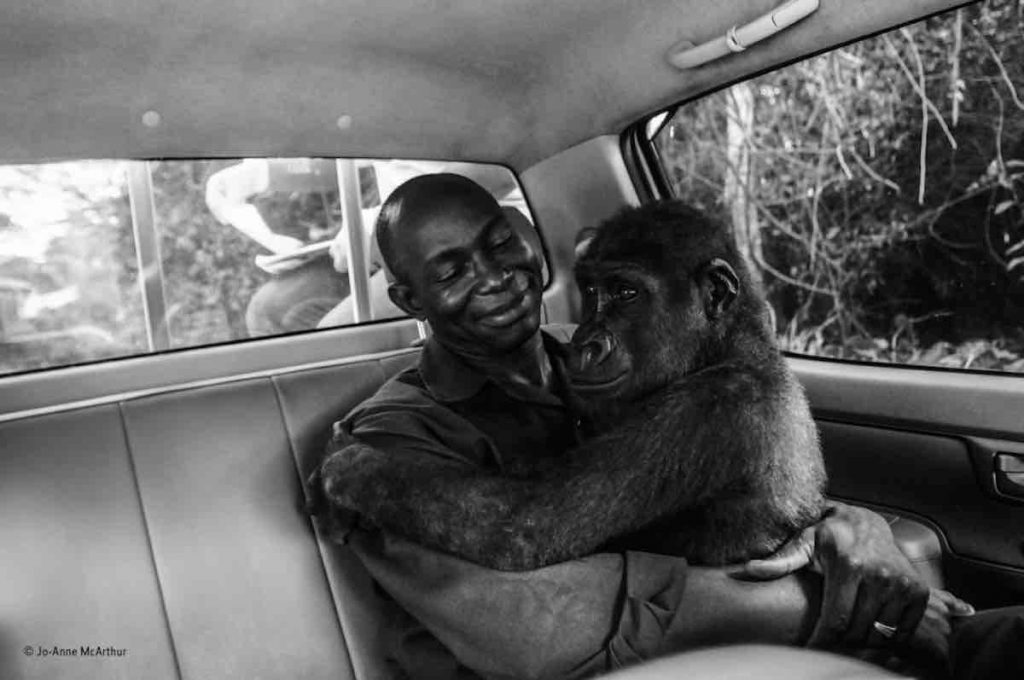 The competition, which was held by the Natural History Museum, received over 50,000 entries. Now that McArthur’s photo has been chosen as the winner from a shortlist of 24 photographs, “Pikin and Appolinaire” will hang in the Wildlife Photographer of the Year exhibition at the Museum until it closes in late May.

“I’m so thankful that this image resonated with people and I hope it might inspire us all to care a little bit more about animals,” said McArthur.

“No act of compassion towards them is ever too small. I regularly document the cruelties animals endure at our hands, but sometimes I bear witness to stories of rescue, hope and redemption. Such is the case with the story of Pikin and Appolinaire, a beautiful moment between friends.”

Quit Monkeying Around: Click To Share This Sweet Photo With Your Friends – OR, [icopyright_one_buttton_toolbar] (Photo by Jo-Anne McArthur / Wildlife Photographer of the Year Award)