Home All News Inspiring When Grandma Confesses She Has Never Seen the Ocean, Grandson Takes Her... 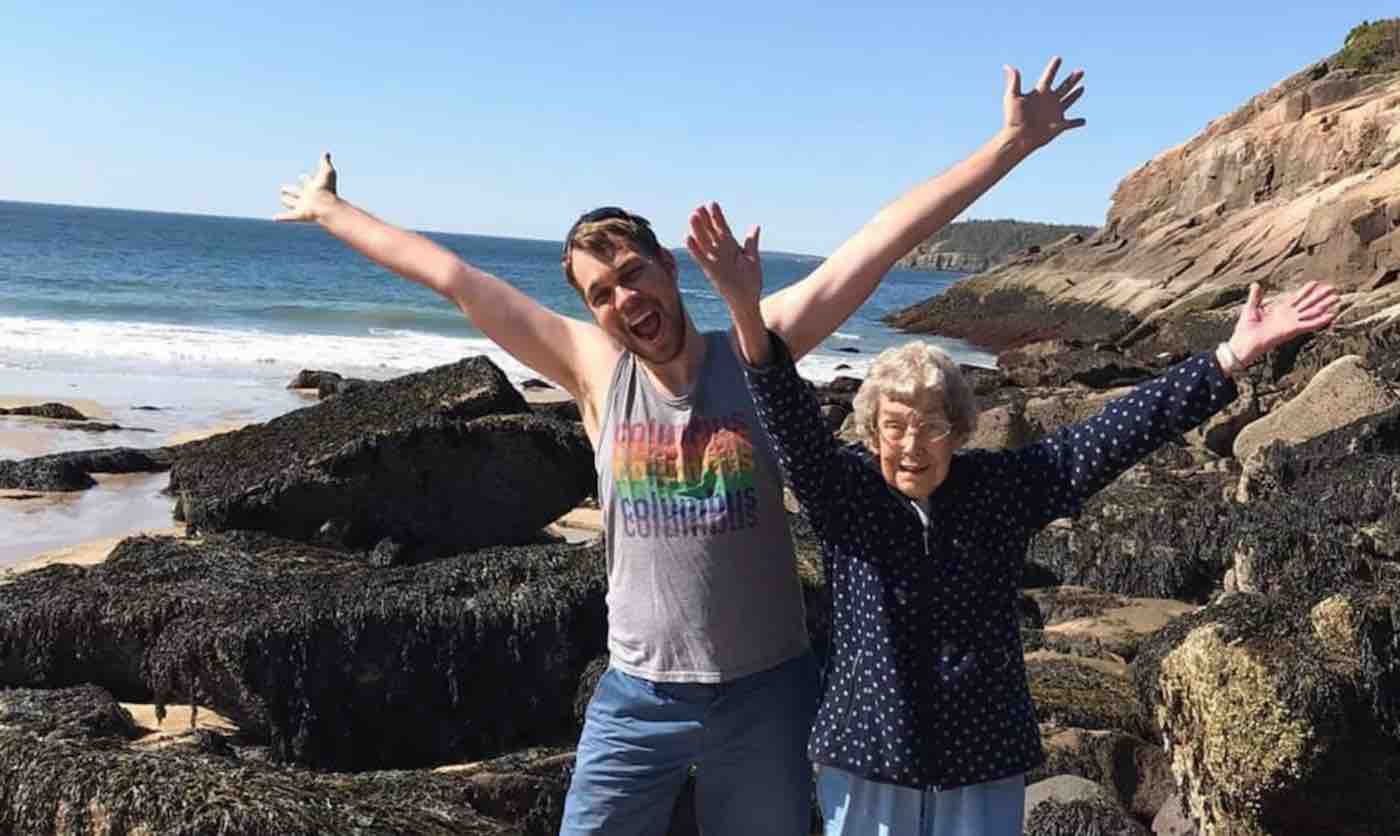 It has been four years since Grandma Joy told her grandson that she had never seen the most breathtaking landscapes of America—and they have since gone on dozens of epic cross-country adventures.

Brad Ryan had been feeling burnt out from veterinary school when he visited his 85-year-old grandma back in 2015. He hoped that spending some quality family time in his Ohio hometown would help to lift his spirits.

As he was regaling his grandma with stories of his travels, however, he was heartbroken to hear her confess that she had never seen the ocean or mountains.

Ryan then spontaneously asked his grandmother if she would like to hike the Smoky Mountains with him. Needless to say, she was more than happy to oblige.

They have since visited 29 different national parks across America—from the breathtaking slopes of the Great Sandy Dunes in Colorado to the shores of Acadia National Park in Maine.

Over the course of the last three and a half years, Ryan says that he and his grandma have collectively driven 25,000 miles through 38 states—and it has dramatically affected his quality of living.

“Seeing it through my grandmother’s eyes, who every morning wakes up and is thankful to be alive, has taught me how to live,” Ryan told WJLA. “With her, I’ve had to slow down and see it in a different way, which has made it a lot more rich.

“I love my grandma so much, and it’s just really giving me a lot of peace that when she eventually does pass on, I can go back to these places and feel her spirit, feel connected to her, that she set her eyes on these same things,” he added.

Ryan, who has been documenting all of their adventures on Instagram and Facebook, hopes that their social media presence will inspire other youngsters to spend more time with their elders.

“I want people who are younger to know, you aren’t too cool to hang out with your grandparents,” Ryan told the news outlet. “I think we’ve lost that as a society. There’s so much perspective and knowledge we stand to gain from our elders.”