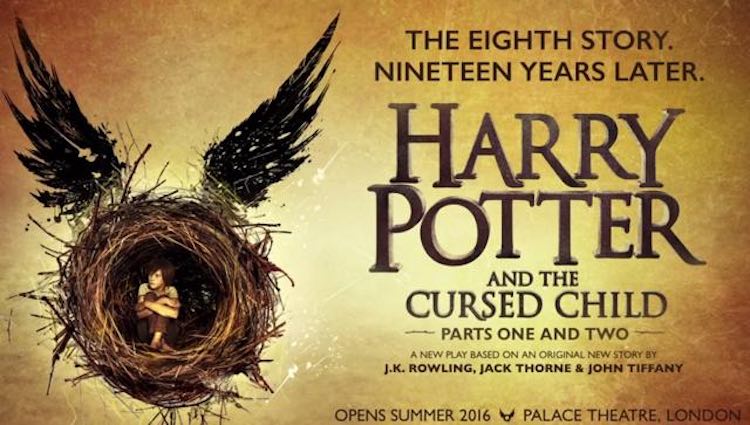 You didn’t have to attend Hogwarts’ Divination class to see this coming — the script for the new Harry Potter play is the most pre-ordered book of the year.

“Harry Potter and the Cursed Child” is set to be released on July 31, which Harry’s 36th birthday, and author J.K. Rowling’s 51st.

Unlike the earlier novels, this book is the actual script for a hit play of the same name, which has drawn sold-out crowds in London’s West End.

CHECK OUT: Best-selling Book Designed to Put Children to Sleep in Minutes

The play is set 19 years after the events in the last book, and follows the adventures of Harry and his friends as adults, with their own children taking center stage at the Hogwarts wizarding school.

The new book topping both the print and Kindle lists at Amazon, with other book sellers across the U.S. and UK reporting record preorders, as well. No one’s added up the sales so far, but the last Harry Potter book, “The Deathly Hallows” part two, released in 2007, sold 11 million copies in the first 24 hours after its release.

This won’t be the last word on Harry. The play is being continuously tweaked and refined, effectively being rewritten on a nightly basis after each performance to perfect the story. Rowling expects to release a revised edition of the script with its new content in book form next year.

Conjure Some Magic: SHARE With Your Friends… (Photo: Palace Theatre)