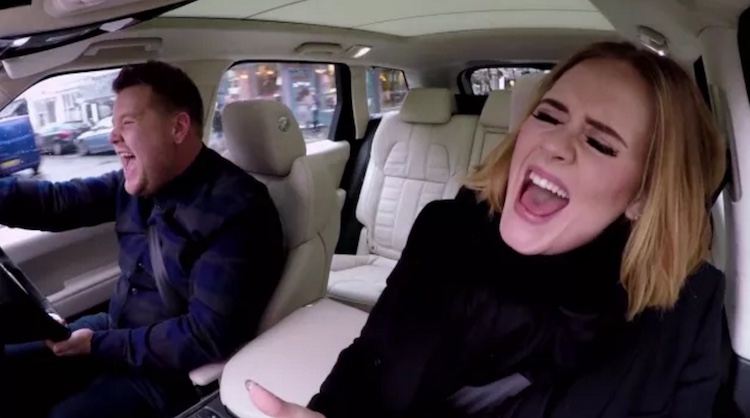 In the episode, shot in London just before Christmas, she told Late Late Show host James Corden she was a huge fan of the Spice Girls — especially “Ginger Spice,” Geri Halliwell — and the “Girl Power” image they brought to music in the 90s.

Corden got to sing along to some of her music before Adele did a crossover cover of Nicki Minaj’s “Monster” that won the songstress a thumbs up from the rapper on Twitter.

(WATCH the video from The Late Late Show)