Home All News Animals Kangaroo Has Been Hugging Her Rescuers Almost Every Day Since They Saved... 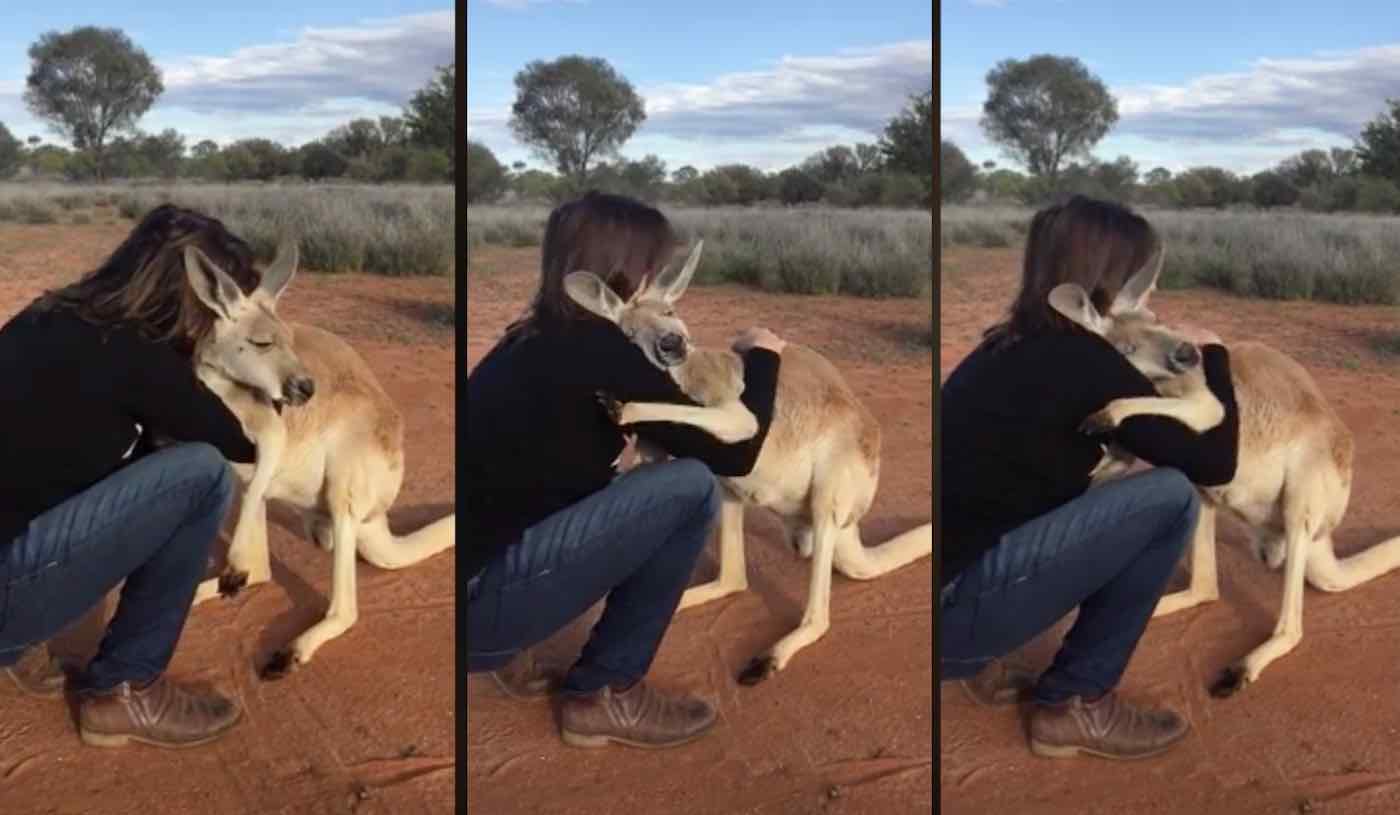 Queen Abigail—or “Abi”—was only five months old when she was rescued as a little orphaned kangaroo.

That being said, she still insists on starting each of her mornings by hugging her human family.

Abi was rescued and hand-reared by the wildlife specialists at the Kangaroo Sanctuary Alice Springs in Australia about 12 years ago—and she has consistently showed her love to the rescuers by giving them hugs almost every single day ever since.

WATCH: Baby Deer Refused To Leave Side of Man Who Rescued It

“Abi came to me as an orphan of 5 months old and was quite busted up with cuts and scrapes,” one of the sanctuary caretakers wrote on Facebook in 2013. “And [she] is my only kangaroo who comes up and gives a great big rugby tackle cuddle.”

You might recognize Abi’s hugs from a viral video that was published by the sanctuary back in 2016—and it’s not hard to see why it won the hearts of more than a million people.

Thankfully, the sanctuary’s more recent social media posts show that Abi is still just as happy—and snuggly—as she was several years ago.