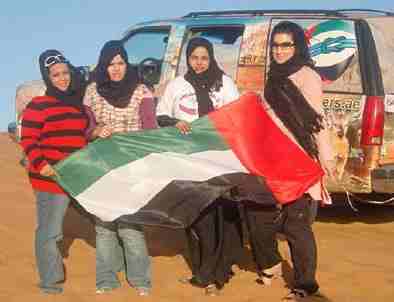 (UPI) — A dramatic change in Kuwait’s conservative society has been revealed with the first elections of women to its National Assembly, analysts said.

The third try for female candidates running for the Assembly, only four years after women obtained the right to run for office, proved to be the charm Saturday when four of them were voted in, the Kuwait news agency KUNA reported.

(photo of Emirati women breaking tradition by traveling their county)