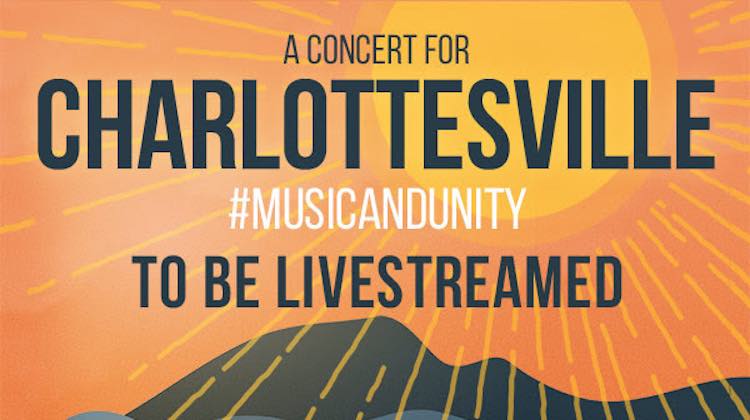 Dave Matthews has united with performers Ariana Grande, Pharrell Williams, Justin Timberlake and more, to produce A Concert For Charlottesville, in response to racially-motivated violence that gripped the college town in Virginia last month.

Charlottesville is Dave’s hometown so he wants to help everyone get over the hate and the death of a young woman named Heather. “We want to raise our voices for LOVE!” said Dave in the opening moments of the show.

Here’s how you can hear it LIVE:

Tune in at 5:55 PM ET at either musicandunity.tumblr.com, or on Facebook and Youtube, to hear the live stream.

The Dave Matthews Band will host and headline the show which was created to not only raise the town’s spirits but raise money for the Charlottesville Area Community Foundation to benefit victims of the violence that broke out, and their families, as well as first responders.

The concert already began at the University of Virginia’s Scott Stadium (Sunday, Sept. 24) and all the tickets were given away for free.

Other performers include Brittany Howard of Alabama Shakes and Cage the Elephant, and other surprises.

You can show support by donating at ConcertForCharlottesville.com.