Home All News Animals Man Enjoys Red Light By Stepping Out of Car With His Puppy... 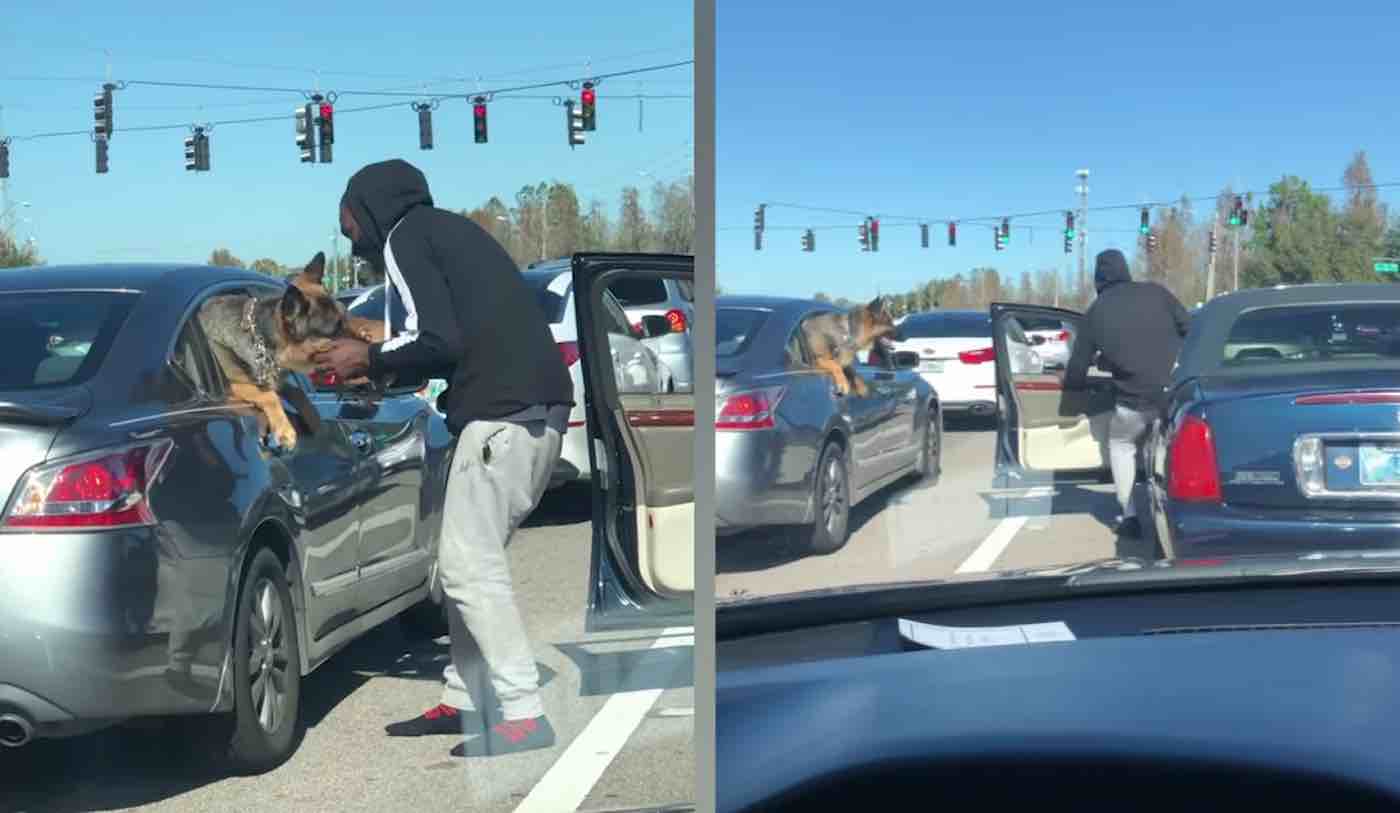 Nobody likes waiting in traffic—but as any dedicated pet lover knows, everything can be made better by dogs.

26-year-old Celina Romera had been waiting for traffic to move at an intersection in Tampa, Florida when she spotted the driver ahead of her getting out of his car.

Not only that, the man was carrying a puppy.

RELATED: When Young Men Write Letter to Neighbor Asking to Play With Their Pup, They Get Letter Back From the Dog

The man then approached a German Shepherd from the window of a neighboring car so he could introduce his tiny pup to the bigger canine.

After the two dogs exchanged some friendly kisses, the man gave the German Shepherd some amicable head scratches before getting back into his car.

Since Romera filmed the heartwarming incident earlier this month, it has been viewed thousands of times on social media.

(WATCH the sweet clip below)