Home All News Animals When Young Men Write Letter to Neighbor Asking to Play With Their... 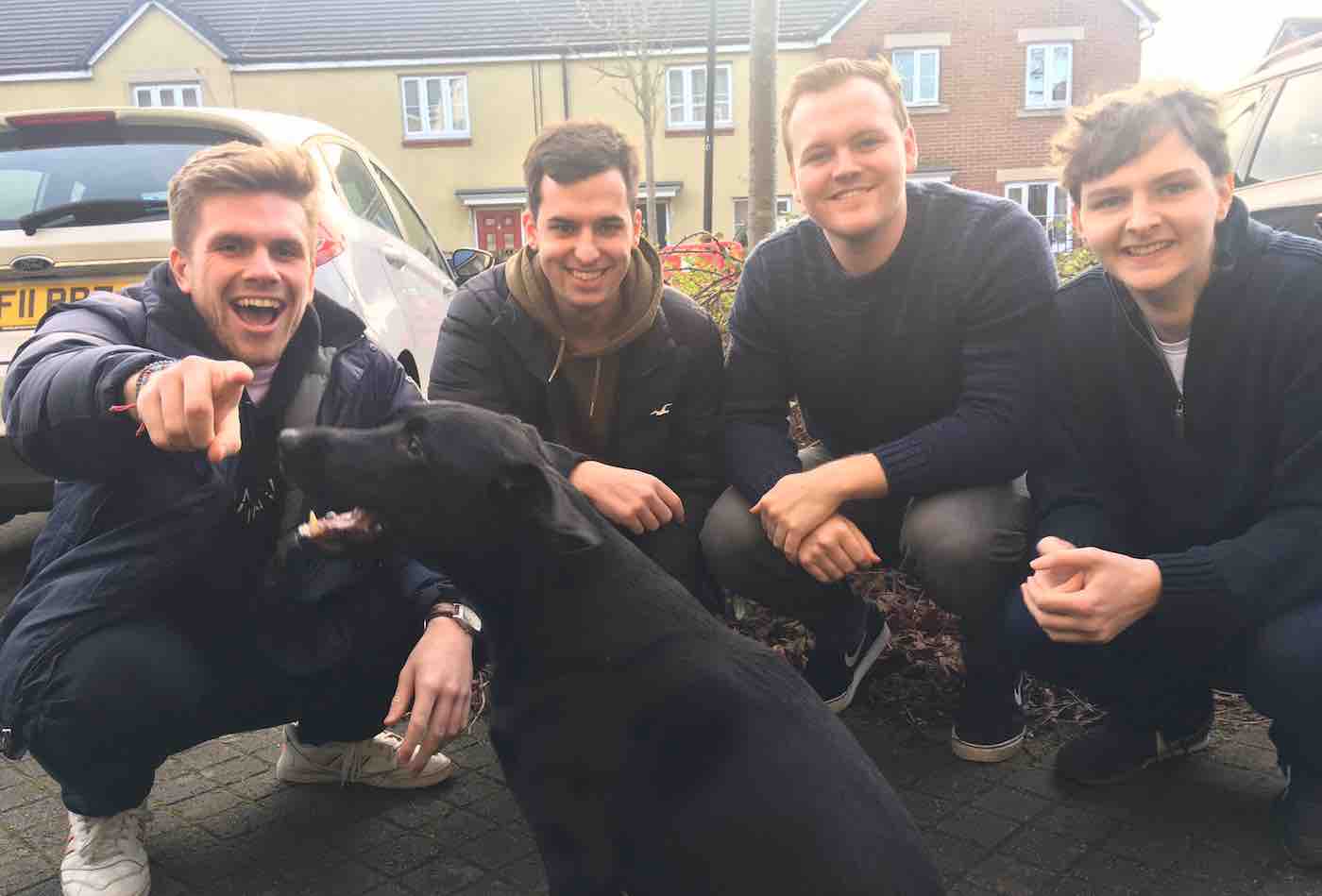 Being an adult is no easy walk in the park—and for these four English boys, the hardest part about living on their own was their first landlord, and his NO-PETS policy.

The young men, who had just moved into a shared flat in Bristol, England, had all spent their lives surrounded by pets—which is why they were dismayed to learn that animals were not allowed.

When they saw an energetic young Labrador pup in the neighbor’s window, however, they got an idea.

The four friends quickly penned a letter to the dog’s owner explaining their predicament along with an offer to let them play with the pup.

“We hope this doesn’t come off too strong, but our landlord won’t allow pets, and we’ve all grown up with animals,” the letter concluded. “The adult life is a struggle without one.”

MORE: Woman Was Scared Of Neighbor’s Pit Bull—Until He Saved Her Life

The roommates signed the note as “the boys from 23” and left it in the neighbor’s mailbox with baited breath.

Been saying we’d love a dog about the house but our landlord doesn’t allow pets, so my housemate posted a letter to our neighbours asking if we could walk their dog every once and a while and the response was better than we could have ever hoped for pic.twitter.com/dcMOfPk5UH

“What a treat it was to receive your letter,” wrote Stevie Ticks (as dictated by her frisky human, Sarah Tolman). “I love meeting new people and it would be great if we can be friends. I must warn you that the price of my friendship is 5 ball throws a day and belly scritches whenever I demand them.

“We here understand how hard it is to find pet-friendly rentals—and life just isn’t full without a dog in it—right?! I’d love to hang whenever you fancy,” the letter concluded.

To their delight, Tolman and Stevie Ticks were true to their word and the boys were invited over for a playdate with the friendly 2-year-old pup earlier this week.

Jack McCrossan was just one of the young men who took Stevie Ticks for an energetic walk, and since he published the adorable photos of their encounter to social media, they have been shared thousands of times.

It’s not hard to see why, either—McCrossan said that the response from the dog and her owner was “better than we could have ever hoped for.”

Stevie Ticks, who has her own Instagram account, has also made it clear that she plans to continue her playdates with the neighbors—provided they continue with the eager belly rubs, of course.