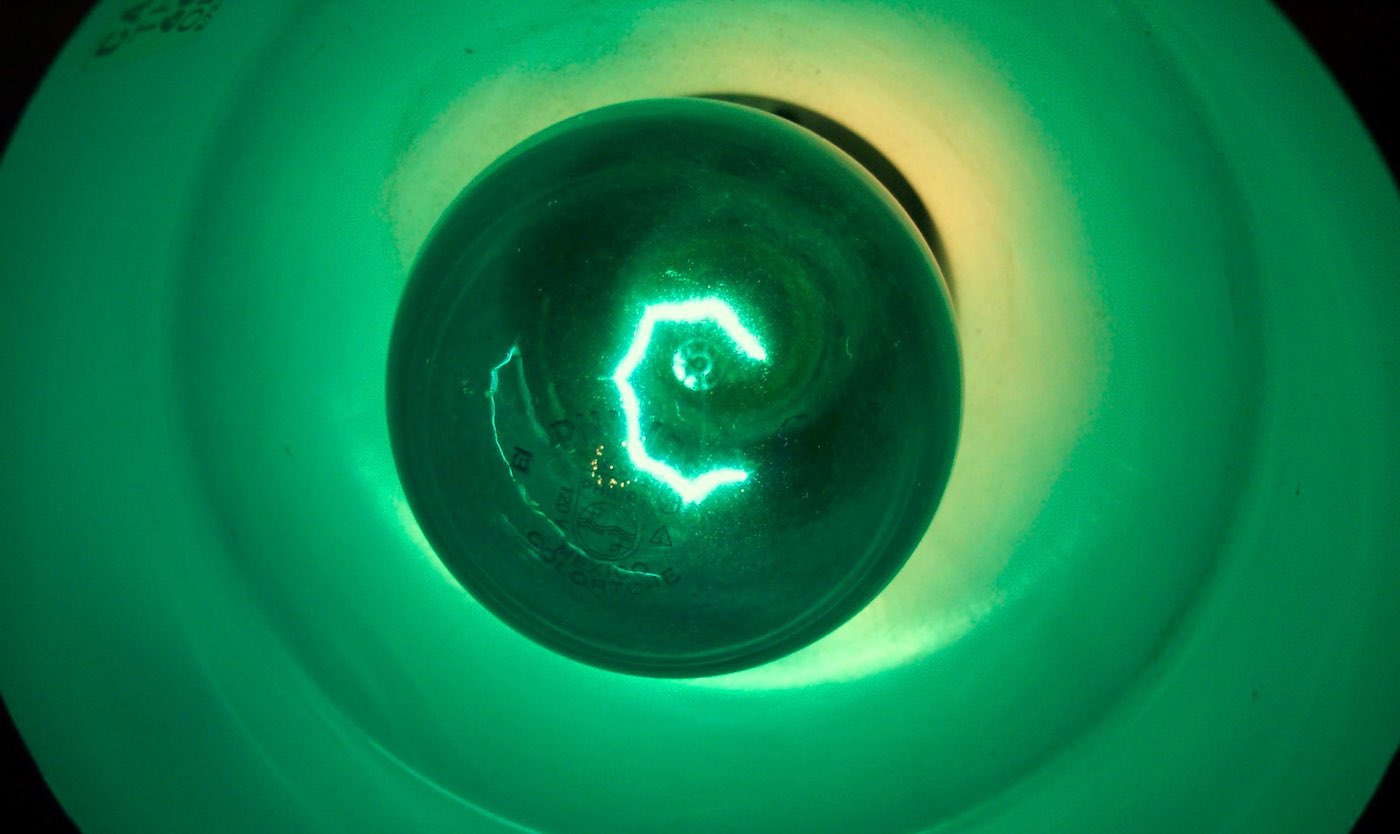 “In my opinion, the most ideal drug or therapy is something that’s first safe, effective and affordable,” Dr. Mohab Ibrahim tells NPR. He works at a chronic pain clinic in Tucson’s University Medical Center helping people with migraines and other forms of chronic pain, and it would be hard to imagine anything safer and more affordable than a light bulb.

For 70 year-old Arizona resident Ann Jones, who regularly suffers from migraines—sometimes as many as two dozen per month—any treatment short of surgery was worth a shot.

Speaking to NPR, Jones revealed she had little to no hope for any relief after she enrolled in a study to test the results of daily exposure to green LED-light.

“This is going to be one more thing that doesn’t work,” she thought to herself.

At around 6 weeks of daily exposure to green light in a darkened room, however, Ann Jones began to see a significant reduction in symptoms. Dr. Ibrahim, the study’s principal investigator, claims that on average 60% of patient symptoms were relieved, bringing down migraine totals per month from as high as 20 to 6.

“I got to the point where I was having about four migraines a month, if that many, and I felt like I had just been cut free,” Jones told NPR.

Ibrahim, an anesthesiologist who tends to favor pharmacological methods of treating pain had his doubts, as well. “There was a healthy dose of skepticism,” he said. “It was kind of strange. Why are you using light to treat pain?”

However his thoughts were piqued, and in 2017, he helped design a study that appeared in the journal Pain, that demonstrated a reduction in pain after exposure to green light therapy in rats.

There’s a lot of research piling up about how physicians can use lights, electric stimuli, and certain low-frequency noises to manipulate brain waves to affect physiological change such as easing depression and causing the clearance of Alzheimer’s–causing plaque in the brain.

RELATED: Another Study Shows How Flickering Lights Can Slow (And Maybe Even Reverse) Alzheimer’s Symptoms

Another study found that chronic back pain and even symptoms of depression were reduced in a randomized placebo-controlled trial that exposed participants to light at different frequencies.

While science across the world is facing a reproducibility crisis, Ibrahim was able to replicate his findings again and again. “We were able to reproduce it over and over and over again to the point where you just had to follow the story,” he says.

Notably, Ibrahim has been experimenting with green light specifically, and found in his animal trials that both glass lenses and external light sources in the color green were found to reduce pain responses.

“We basically made the conclusion that whatever effect is happening is taking place through the visual system,” he says. “That’s why when we recruited patients, we told them you cannot fall asleep when you’re undergoing this therapy.”

“It is very intriguing, but it still has a long way to go,” Dr. Andrew Hershey, co-director of the Headache Center at Cincinnati Children’s Hospital Medical Center, told NPR commenting on the research.

“Trying to do a classic placebo-controlled study to see if one light works or not is likely not doable in this area,” he says, since the patient knows the color of the light.

Neurologist Levin Morris said he would welcome the treatment if it proved effective in human trials. Migraine sufferers are “very sensitive to environmental stimuli,” and Levin told NPR that the idea of manipulating light to lessen headache severity is a plausible approach.

MORE: Suicide Rates at Japanese Train Stations Have Plummeted by 84% Thanks to Simple Solution—Blue Lights

But, environmental stimuli is difficult to account for in scientific research. For example, sitting in a semi-dark room staring at a green light could be isolating the patient from other forms of stimuli that bring on the migraine, such as sunlight or blue-light from computer screens.

One possible explanation could be that since research has shown being in nature—specifically theorized as being surrounded by different shapes of green—can reduce symptoms of stress and anxiety, the green lights simulate a more natural environment.

In a separate clinical trial, researchers at Duke University are experimenting with green light exposure therapy with a wearable treatment. The researchers have been giving their patients glasses with green lenses. Wearing glasses has much less of an impact on daily life than sitting in a dark room with an LED for an hour.

Because of the ease of application, Duane Lowe, a chiropractor with the Department of Veterans Affairs in Grand Junction Colorado, thought he would go ahead and try it. He works with patients in chronic pain and reasoned there was nothing to risk and a lot to possibly gain, as long as patients were told it was an experimental treatment.

“I just gave them to patients to try for a week,” he says. “After a very short period of time, patients were coming back giving very positive reviews.”

A lot more research needs to be done before anyone can make a claim this way or that, but based on documented efficacy, ease of use, and cost-per-application ratio, green light exposure therapy with either windowpane glass, house plants, wearable lenses, or LED lights could help reduce the number of headaches a patient gets per week.