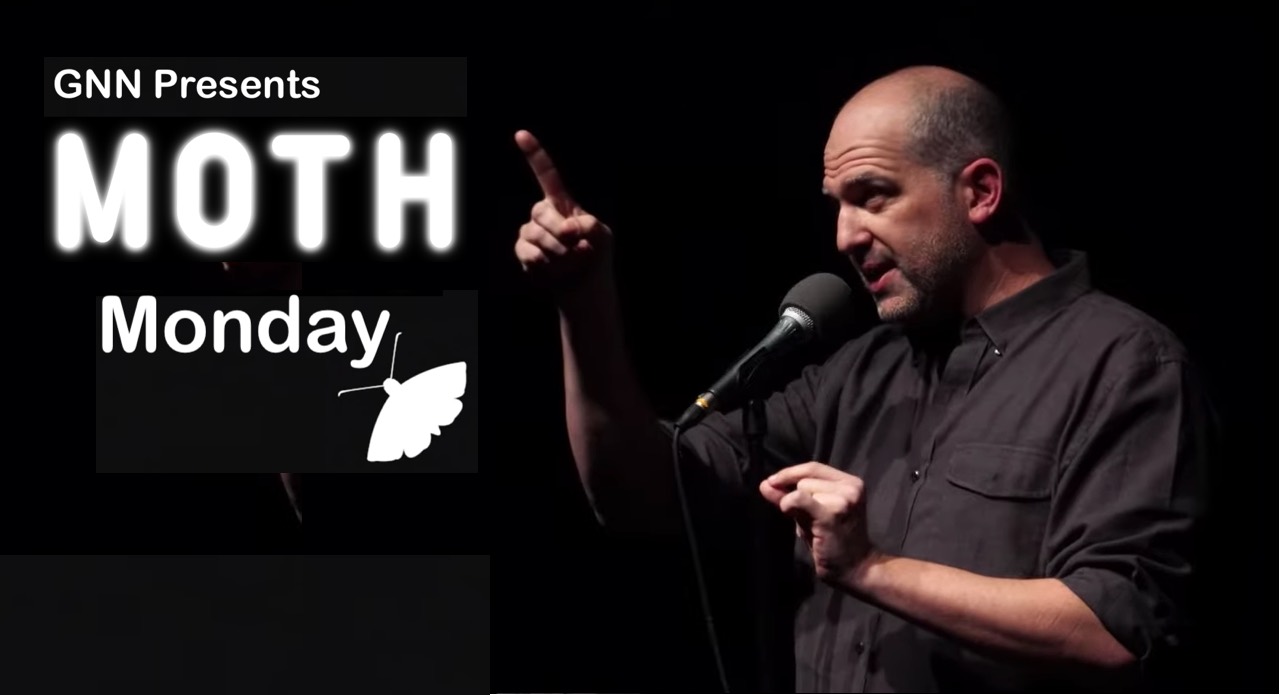 Hear a serendipitous tale of blossoming community spirit in this week’s edition of MOTH Monday, a partnership with Good News Network that features inspiring videos from The MOTH, a nonprofit group showcasing the art of storytelling.

Aaron Naparstek found a nice old brownstone in Brooklyn with three big windows overlooking the street. There was only one problem—the constant honking—but, his creative, community-minded spirit came up with a perfect solution for himself and his neighbors.

When he got so frustrated at Christmas with a man laying on his horn while sitting in front of a red light, he knows he has to channel his anger, instead of pelting the car with eggs—which he tries, but realized there was a major flaw in that plan. (The driver knows were he lives!)

In a display of mindfulness, he just “observed the honking” while in a peaceful state, and then composed a 3-line Haiku poem.

He printed up some copies and displayed them around the neighborhood, unexpectedly starting a community movement through his street-traffic poetry.

He called it Honku—and Aaron became known as The Bard of Clinton Street after a neighbor saw him on the sidewalk one morning taping his latest poem.

“We just LOVE what you’re doing,” she said excitedly. “My daughters are now writing Honku, too!”

Other Honku poetry began blossoming around the lampposts, and Aaron decided to cultivate the bond he shared with his neighbors by calling for a face-to-face meeting—which led to an amazing civics lesson on how to get things done to improve the quality of life.

MORE MOTH MONDAY: How to Protect a Dozen Kids From a Grizzly Bear? Sing a Hilarious Moose Song, of Course!

SHARE the Community Spirit With Your Neighbors on Social Media!