Home All News Religion Muslims Take Out Full-Page Newspaper Ad to Denounce Anti-Semitism Against “Our Jewish... 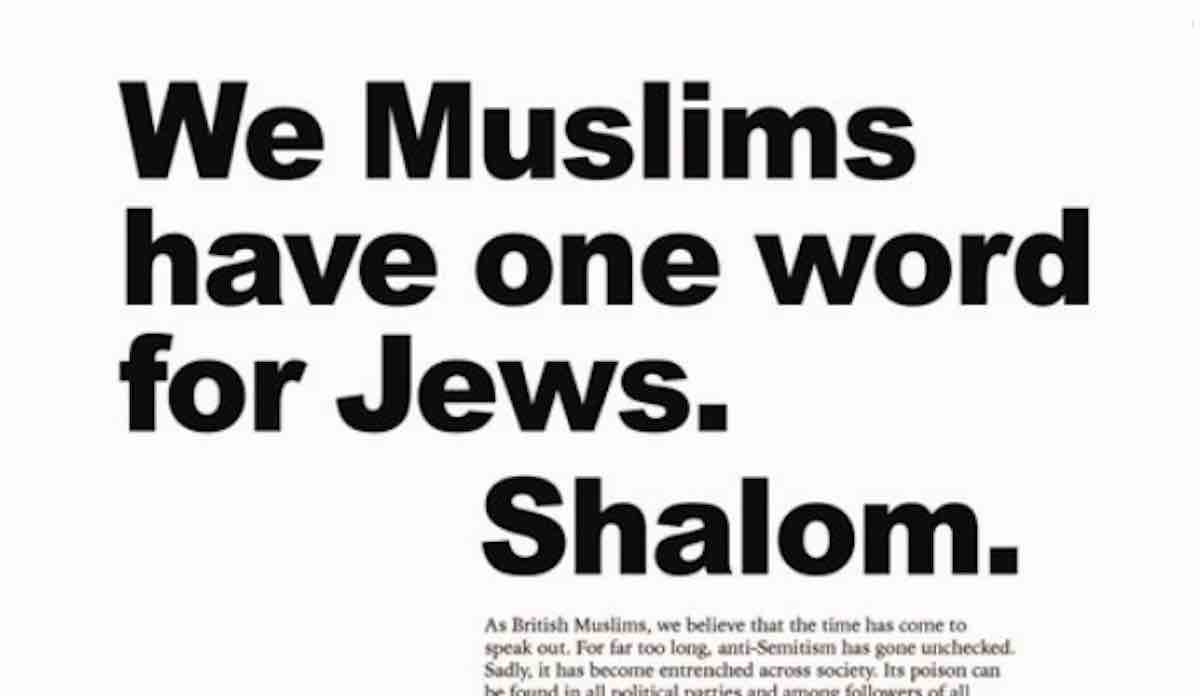 In a stirring gesture of unity and compassion, several British Muslim groups took out a full-page ad in the newspaper to voice their opposition to anti-Semitism.

In giant, bold black text across the top, the ad read: “We Muslims have one word for Jews. Shalom.”

“As British Muslims, we believe that the time has come to speak out. For far too long, anti-Semitism has gone unchecked,” the ad continued. “Eradicating it is a challenge faced by all of us.

“We understand that many in our country empathize with the Palestinians and their right to a sovereign state. However, we must be ever vigilant against those who cynically use international issues to vilify Jews or promote anti-Semitic tropes. There is no cause that can justify the promotion of hate.”

“Just as we challenge those who recycle anti-Muslim tropes, we stand firmly against racism directed at our Jewish sisters and brothers.”

The ad, which was published in the Telegraph on Thursday, was signed by such major advocacy groups as anti-extremism group Faith Matters; Muslims Against Anti-Semitism; and the Association of British Muslims.

According to the Jewish Telegraphic Agency, the statement was a welcomed follow-up to the Board of Deputies of British Jews denouncing Islamophobia last week.

The Board of Deputies of British Jews expressed their appreciation for the ad on Twitter, saying: “Incredible solidarity – a full-page ad by Muslim sisters and brothers in today’s Telegraph. Thank you. Together we will defeat the twin evils of anti-Semitism and anti-Muslim hate.”