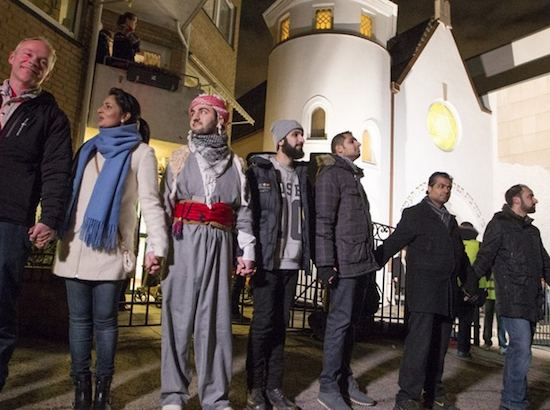 Europe’s Jews face rising anti-Semitism in some countries, but multiculturalism is far from dead. Today, more than 1,000 Muslims formed a human shield around Oslo’s synagogue, offering protection and solidarity with Jews following a violent attack in Copenhagen last weekend.

Chanting “No to anti-Semitism, no to Islamophobia,” Norway’s Muslims and others formed what they called a ring of peace during the event organized on Facebook.

“Humanity is one, and we are here to demonstrate that,” Zeeshan Abdullah, one of the organizers told the crowd of Muslim immigrants and ethnic Norwegians who filled the street around Oslo’s only synagogue. 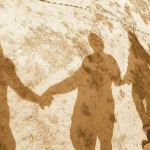 An English translation of the Facebook page reads: “Islam is about protecting our brothers and sisters, regardless of which religion they belong to. Islam is about rising above hate and never sinking to the same level as the haters… Muslims want to show that we deeply deplore all types of hatred of Jews, and that we are there to support them.”