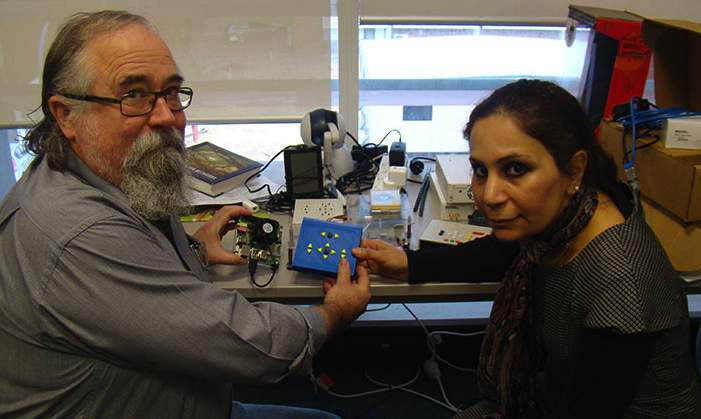 People who are blind can now read more than just words, such as graphs and graphics, following the development of an affordable digital reading system by Curtin University researchers in Australia.

Opening up new career paths and educational opportunities for people with vision impairment, the system combines a number of pattern recognition technologies into a single platform and, for the first time, allows mathematics and graphical material to be extracted and described without sighted intervention.

“Many of us take for granted the number of graphics and statistics we see in our daily lives, especially at work. We love to have graphics and diagrams to convey information, for example, look at how many statistics and graphs are used in the sports section of the newspaper,” Dr Murray said.

Dr Murray said the small device, which uses audio format with navigation markup, runs on very inexpensive platforms, with an expected production cost as low as $100 per device, which could make a difference in third world countries.

He said previously there have been many methods to convert graphical material but all are very labour intensive and generally not easily transferable to other users.

“Our system is easily operated by people of all ages and abilities and it is open source, meaning anyone with the skill can use and modify the software to suit their application,” Dr Murray said.

The player has built-in user instructions and a speech engine that converts to more than 120 different languages.

Dr Murray said he was now looking for philanthropic finance to set up production.