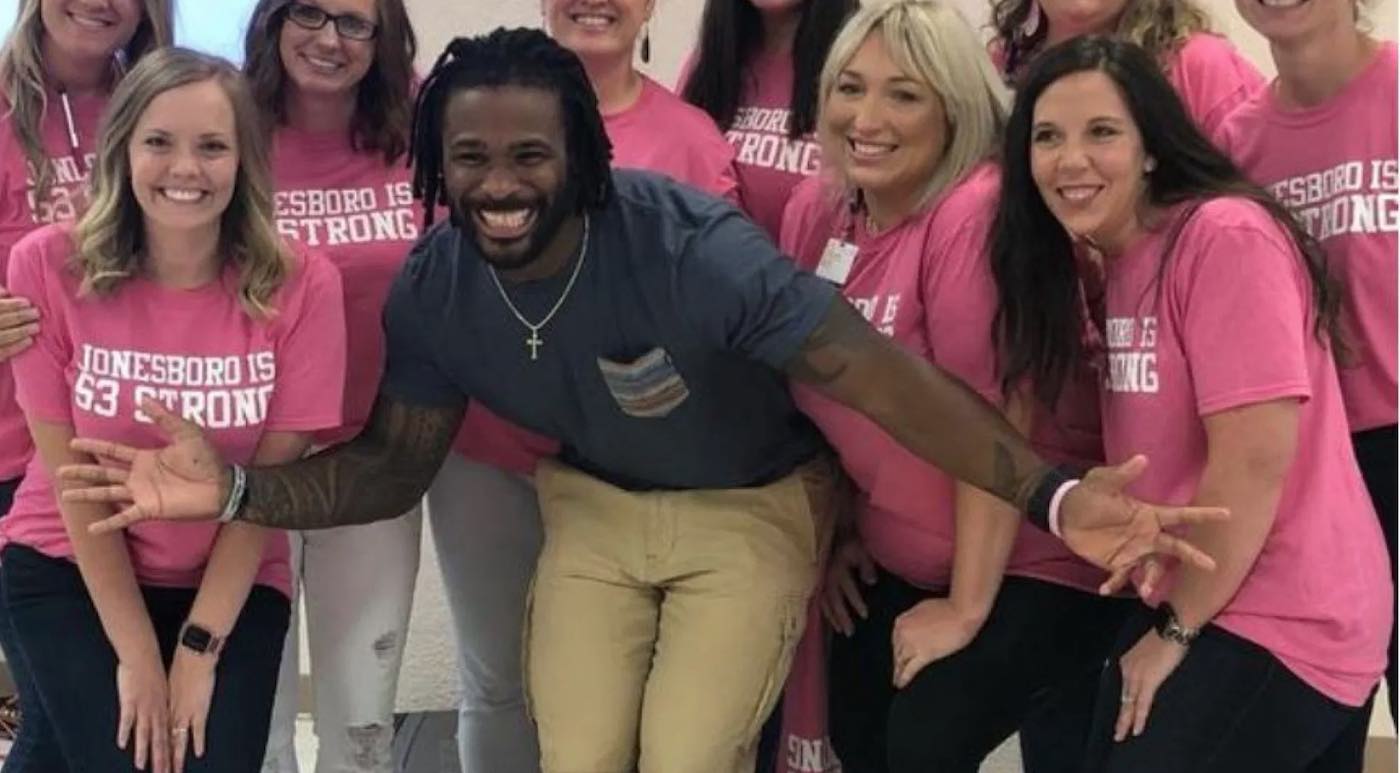 Former NFL running back DeAngelo Williams has paid for over 500 mammograms for women—because, to him, the issue is personal.

He always wore the color pink in his hair, which flowed out from his helmet, during his later years as a player for the Carolina Panthers and Pittsburgh Steelers.

He created the DeAngelo Williams Foundation in honor of his mother, Sandra Hill, who died of breast cancer in 2006. All four of her sisters then died from the same disease—all before the age of 50.

He originally chose to pay for 53 mammograms because his mom died at age 53. He called the project #53StrongforSandra.” Since then, they have paid for 500 mammogram screenings for under-insured women in four states—North Carolina, Pennsylvania, Tennessee, and Arkansas, all states he has football ties in.

The foundation eventually hopes to host a free mammogram screening event in all 50 states.

They also help pay for any treatments or follow-up appointments for the patients after their mammograms.

“To be able to help all these women is amazing, he told TODAY. “This can be life-changing for these women (and) we are enabling them to get this care that no one should ever be denied or not have access to.”

He opened his heart during a public service announcement that aired on TV during NFL games for breast cancer month, saying simply, and with pink tips on his hair:

“To all the survivors and the ones that are going through it, we love you. You’re not alone.”

MORE: Strangers Write 125,000 Loving Letters to Breast Cancer Patients – How You Can Join Their Mission