Home All News USA One Millionth Care Package by Operation Gratitude Now In Route With Keys... 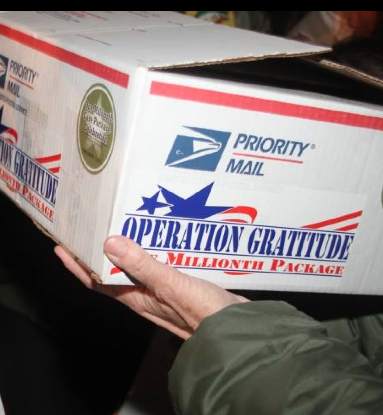 Volunteers at Operation Gratitude, the non-profit military and veteran support organization, assembled its milestone One Millionth Care Package to the cheers of thousands of supporters assembled for the celebration Sunday. To heighten the excitement, corporate sponsors donated huge prizes that will be part of the hand-packed delivery. The package, in route overseas, will bring to the lucky recipient the keys to a brand new Ford F-150 truck.

Steve Politis, a 96 year old B-17 fighter pilot who was shot down in World War II, was visibly moved by the outpouring of respect for America’s Veterans. “I think about the many Operation Gratitude volunteer hands that have touched these one million care packages–either by assembling the boxes or making one of the items inside,” he offered. “There is no more beautiful way to express appreciation and let our Military know that people care.” 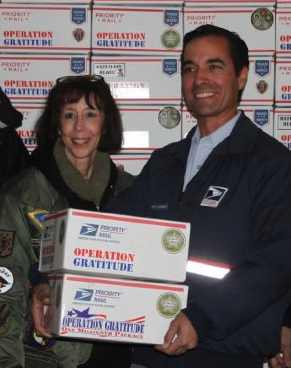 “This is an extraordinary day in the life of Operation Gratitude,” said Penny Alfonso, Volunteer and Community Service Coordinator.  “I was at the very first Assembly Day in 2003 and it is breathtaking to witness this accomplishment by caring and patriotic Americans all across the country, whose goal is to say ‘Thank You’ to our Military.”

Always a highlight of Operation Gratitude milestone package celebrations, the reveal of the special gifts for the One Millionth Care Package brought gasps from the audience.

Best Buy revealed two Home Entertainment Systems–one each for the Millionth and the One Millionth & One packages. The systems included 55 and 32-inch Insignia TVs, as well as wireless speakers, digital cameras, a plethora of accessories, and iPads.

And, Living Essentials, the distributor of 5-hour ENERGY shots, unveiled their donation of a Ford F-150 pickup truck. The vehicle will be delivered to the soon-to-be-revealed service member upon returning home from deployment next Spring.

The secret overseas delivery of The One Millionth Care Package, containing symbolic keys to the Ford F-150 and certificates for the other gifts, will be revealed to the public in the coming week. You can watch their Facebook page here, and volunteer at their website: www.OperationGratitude.com.