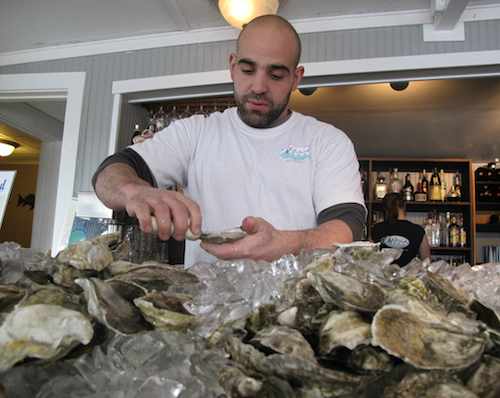 20 years ago oysters had nearly disappeared from the Chesapeake bay. Today, the mollusk’s reintroduction is playing a vital role in the health of world’s third largest estuary.

An oysterman who has worked these waters for 40 years says in recent summers thick algae thrived in the sweltering temperatures.

But last year “all summer long, I was able to see the bottom, which means the oysters were filtering and cleaning,” he told AFP.

Oysters have also been starring on the menus a thriving seafood restaurant scene in Virginia, Maryland and Delaware.

(READ the story from AFP)