Home All News Kids Hearts Are Melting Over This Photo of Little Boy Hugging His Tearful... 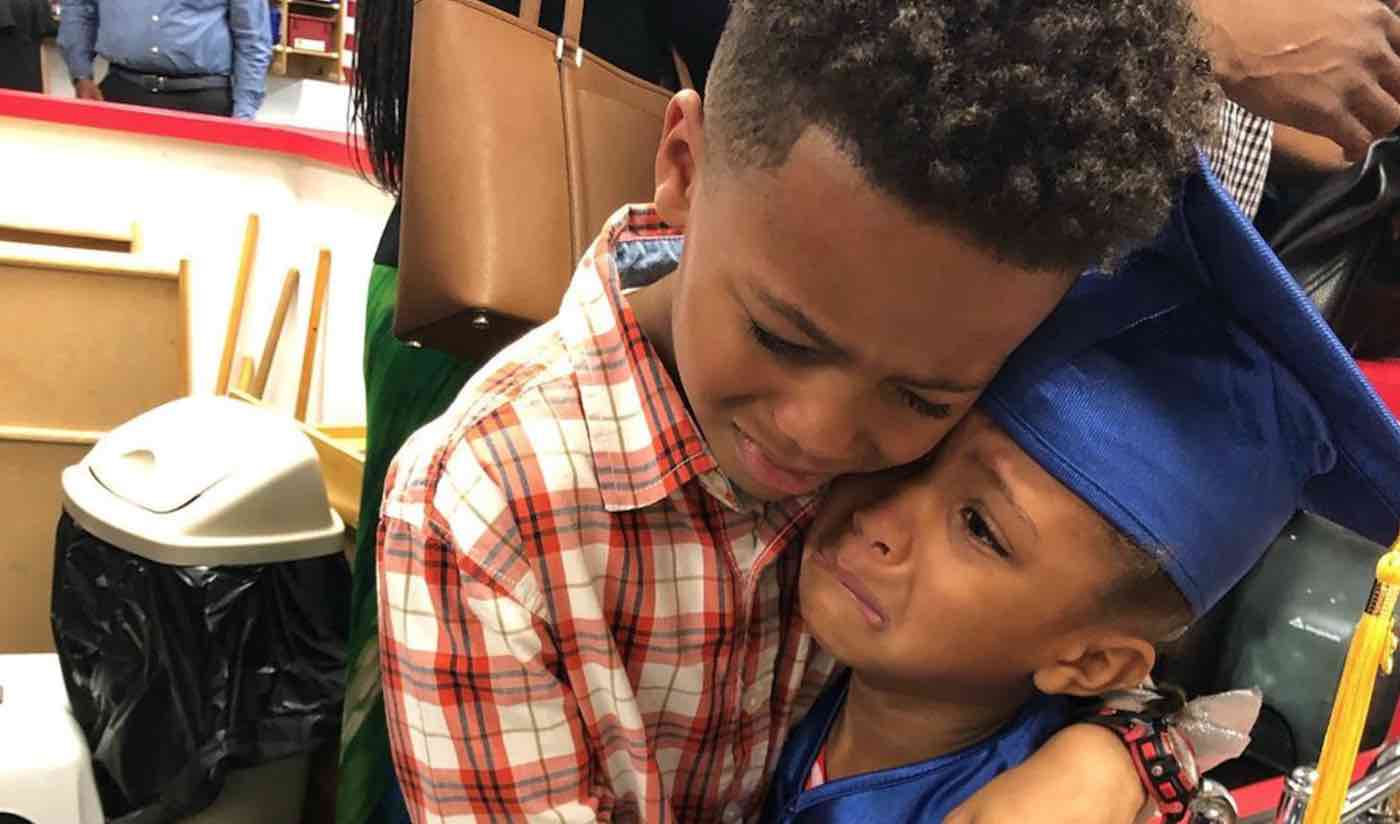 This adorable photo of a little boy proudly embracing his tearful younger sister is melting hearts across social media.

The Connecticut parent says that her 5-year-old daughter Charlee had just finished her honorary Pre-K graduation ceremony when she was approached by her 8-year-old brother Derek.

In her Instagram post, Smith writes: “After the ceremony, my son walked up to her and gave her a hug. ‘I’m just so proud of you,’ he said.

LOOK: Nine Years After Mother’s Death, Man Has Amazing Encounter With Yellow Butterfly Right When He Needed It

“Then of course my daughter started crying. As we wiped away our tears, my husband asked her, ‘Pumpkin, why are you crying?’ She responded, ‘I’m just so happy.’”

Since publishing the photo to Instagram, it has been shared thousands of times across social media and national news outlets.

Smith says that she posted the photo in hopes of inspiring other people to express their emotions as fearlessly and honestly as her kids – and based on the amount of positive feedback she has received on social media since publishing the picture, her wish has come true.