Home All News Inspiring When Sick 3-Year-old is Quarantined, People Begin Showing Up at His Window... 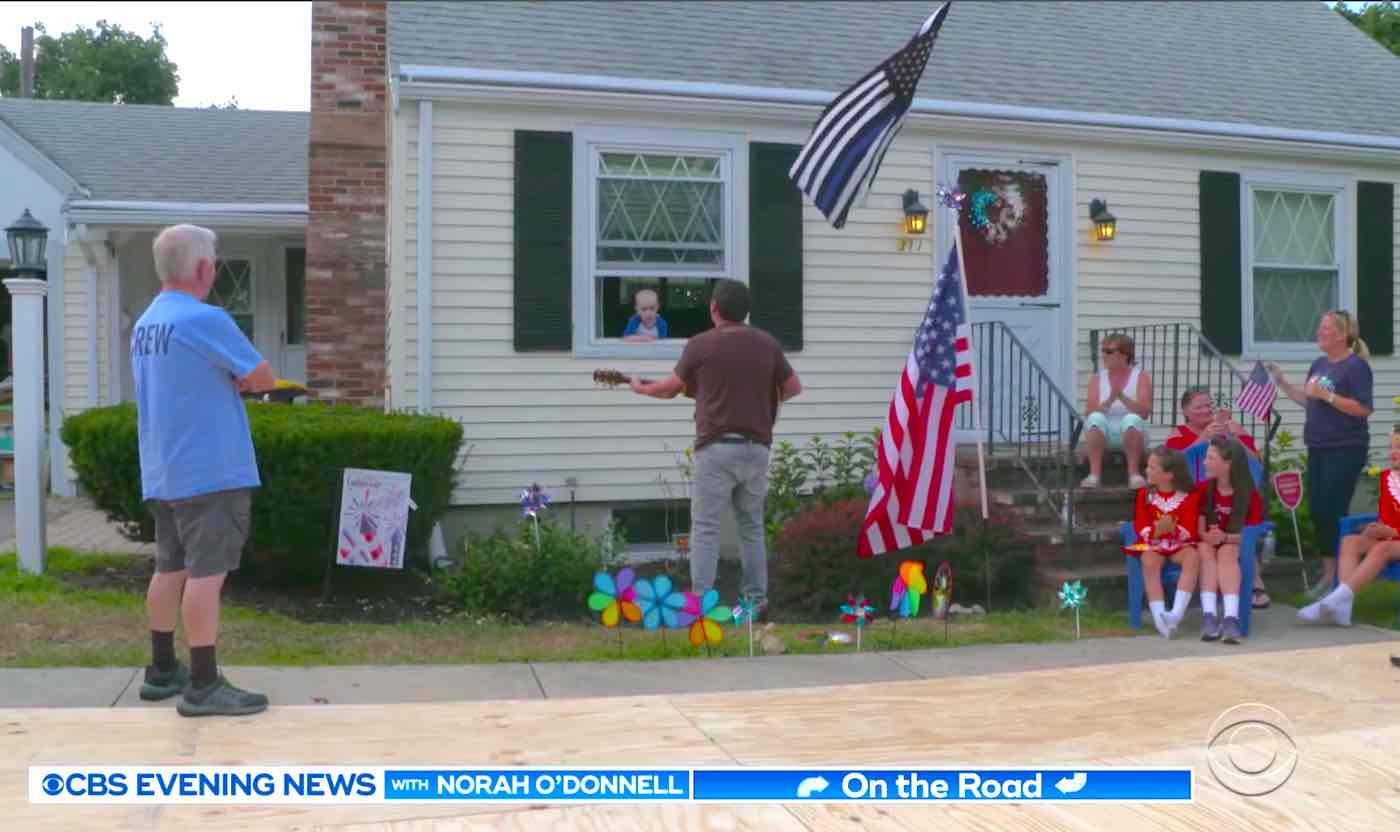 A little boy whose doctors confined him to his bedroom for three months has learned that ‘All the world IS a stage”—just outside his window.

LISTEN to the inspiring story told on the radio by our GNN founder in the Good News Guru podcast below (subscribe to the podcast on iTunes, or for Android on Podbean), or READ the full story below…

An energetic 3-year-old named Quinn Waters was under doctor’s orders to stay away from people. His body’s immune system was temporarily wiped out because of a life-saving stem cell treatment to kill his cancer. Even a common cold could create a medical emergency, so poor Quinn had to stay in his room, quarantined from even his family.

While the boy is steadily recovering, there has been one thing the family could do to ease his solitude—they would show up to play with him through the window.

Then, the neighbors heard about his predicament and began appearing on the front lawn, too.

RELATED: Watch Town Surprise Boy Who is Allergic to Sunlight by Turning ‘Nighttime into Daytime’

At first, it was just smiling and waving to the boy but soon they began showing up with impromptu entertainment!

He was even surprised by some members of the Irish punk band from Boston, The Dropkick Murphys, who arrived at his window to sing some of their most famous songs.

RELATED: How Nasty Note From a Neighbor Inspired a Community to Show the Best in Humanity

Quinn, instead of looking at a Windows computer all day, is getting a daily jolt of happiness from the real world—loving neighbors keeping him company during the pain of solitude through a pane of glass.

“It’s the positive energy from all these people that we believe has gotten him through his sickness, you know,” Quinn’s father tearfully told CBS News. “You can never repay this.”

(WATCH the emotional news story from Steve Hartman below… BUT, NOTE for viewers outside the USA: Click here to see the video at CBS News website)