Home All News Animals After Spending Life in Cage, Rescue Dog is Adopted By Senior Care... 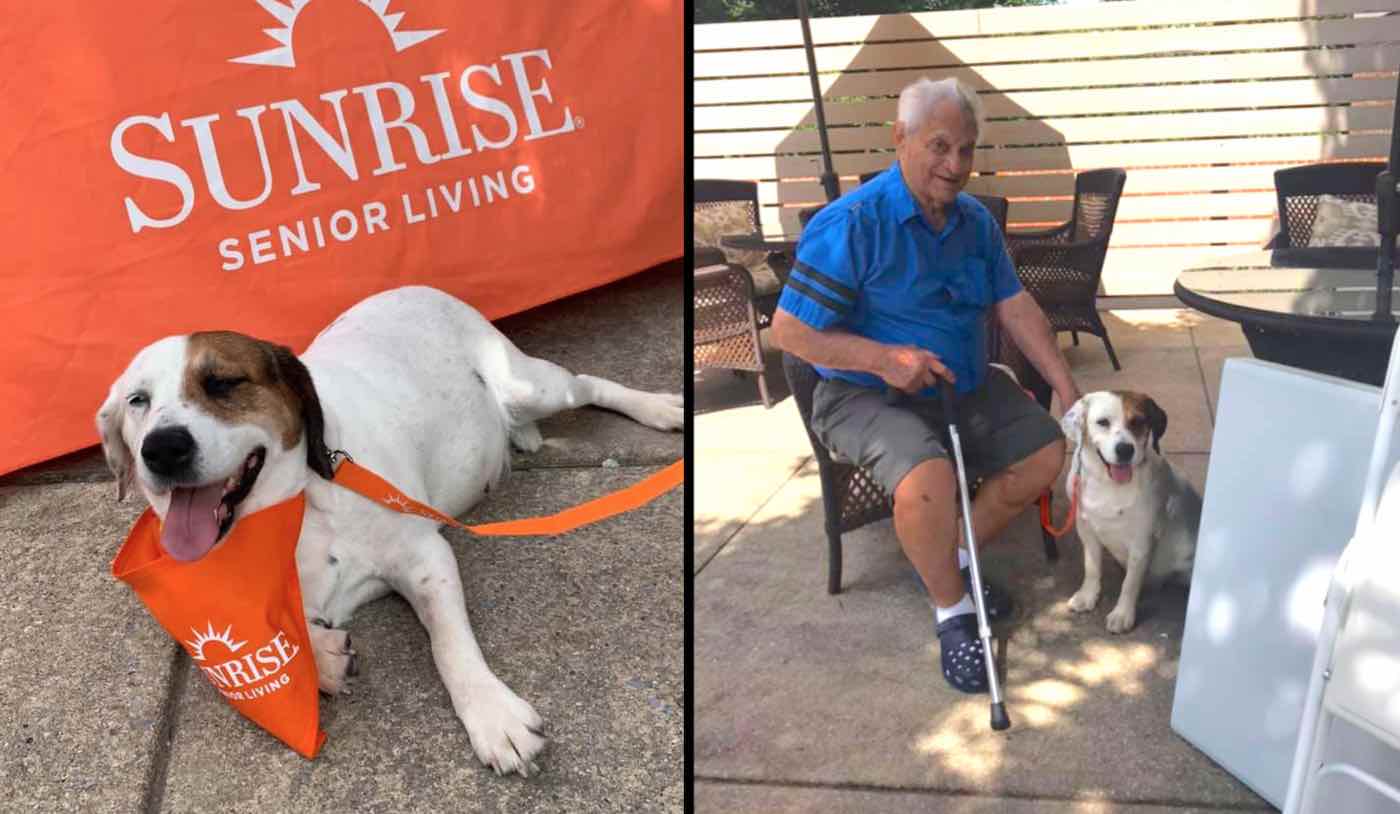 This rescue pup has been given a whole new leash on life after she was adopted as an official “house dog” at a senior living home—just in the nick of time.

6-year-old Journey had lived in a cage in rural Virginia for most of her life. After her owner died, she was sent to an overcrowded shelter where she was scheduled for euthanasia the very next day.

Thankfully, Amy Creel of the Knine Rescue crew in Ashton, Maryland heard about the pup’s plight and jumped into action.

She and the animal welfare team arranged for Journey to be transported from the Virginia shelter to the neighboring state of Maryland. Several community volunteers helped out by taking turns driving the rescue dog for different legs of the journey until she finally arrived in Ashton.

RELATED: When Pup’s Death Left Man Heartbroken, He Healed By Adopting 8 Senior Dogs That No One Wanted

Coincidentally, the rescue group was actually hosting an adoption event at Sunrise Senior Living Center the day after Journey arrived.

Not only was Journey the featured guest at the adoption event, she made quite an impression on everyone there. Throughout the day, she said hello to strangers, rolled over for belly rubs, and charmed all the seniors at the facility.

The elderly residents ended up being so taken with Journey that the senior center staffers adopted the pup as a “house dog” for the facility.

MORE: When Animal Shelter Uses Area 51 Internet Meme to Appeal for Adoptions, They Are Flooded With Support

Journey now spends her days comforting residents, joining them for walks, welcoming visitors, and bringing joy to everyone at the senior center.

“To think that this dog who never had anyone care for her, now has a community of folks looking after her is nothing short of amazing,” Creel told Southern Living. “We are so happy for her.”