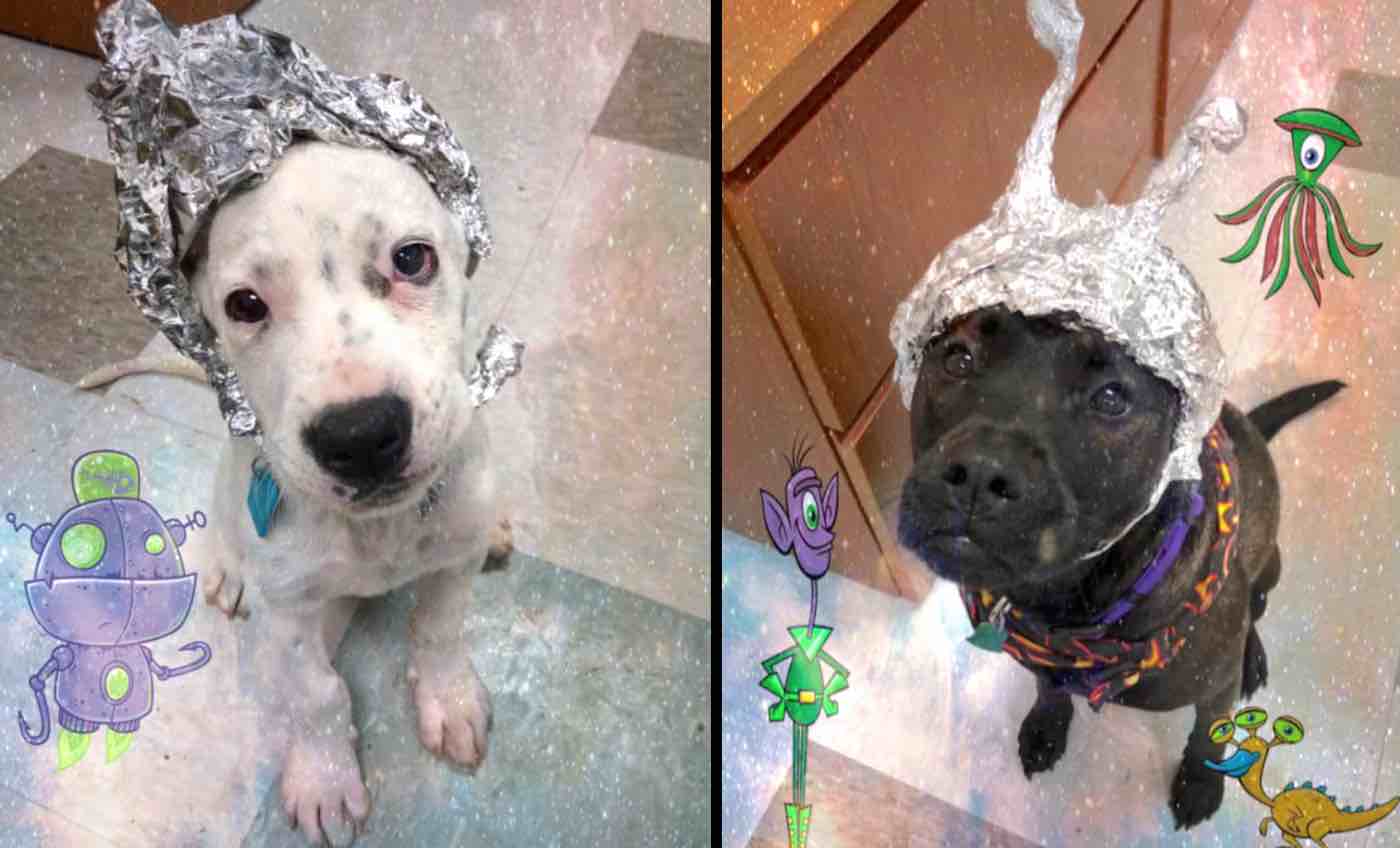 It all started with a guy on the internet making a satirical Facebook event for people to “storm Area 51” as a means of exposing evidence of alien life to the public—but now, it has become so much more.

The online prankster in question created the social media event earlier this month for the sake of getting a few laughs from his online followers. Since it started to go viral, however, the event has garnered over 3 million interested participants.

Though the joke has resulted in its own fair share of trouble between government officials and social media users, one Oklahoma animal shelter decided to take advantage of the amusing alien meme by asking their followers to “storm their shelter” instead.

The OKC Animal Welfare center in Oklahoma City published a series of photos to Facebook last week depicting several of their resident pups dressed up in their best alien costumes.

“We have great animals ready to protect you from the Area 51 aliens,” wrote the shelter. “Adoption isn’t that far out of this world!”

Within days, the post was shared thousands of times with the hashtag #StormOurShelter.

Dozens of the shelter pups have been adopted in the week following the shelter’s Facebook post. Not only that, internet users have donated over $2,500 to the shelter.

OKC Animal Welfare has not detailed exactly how many of their dogs and cats have been adopted since they started the hashtag, but their Facebook page says that their social media campaign has been a resounding success.

“The response to #StormTheShelter has been out of this world! Thank you all who have supported, shared, donated and adopted,” wrote the shelter.

“Let’s continue to show everyone that adoption isn’t that far out of this world and support your local shelters!”