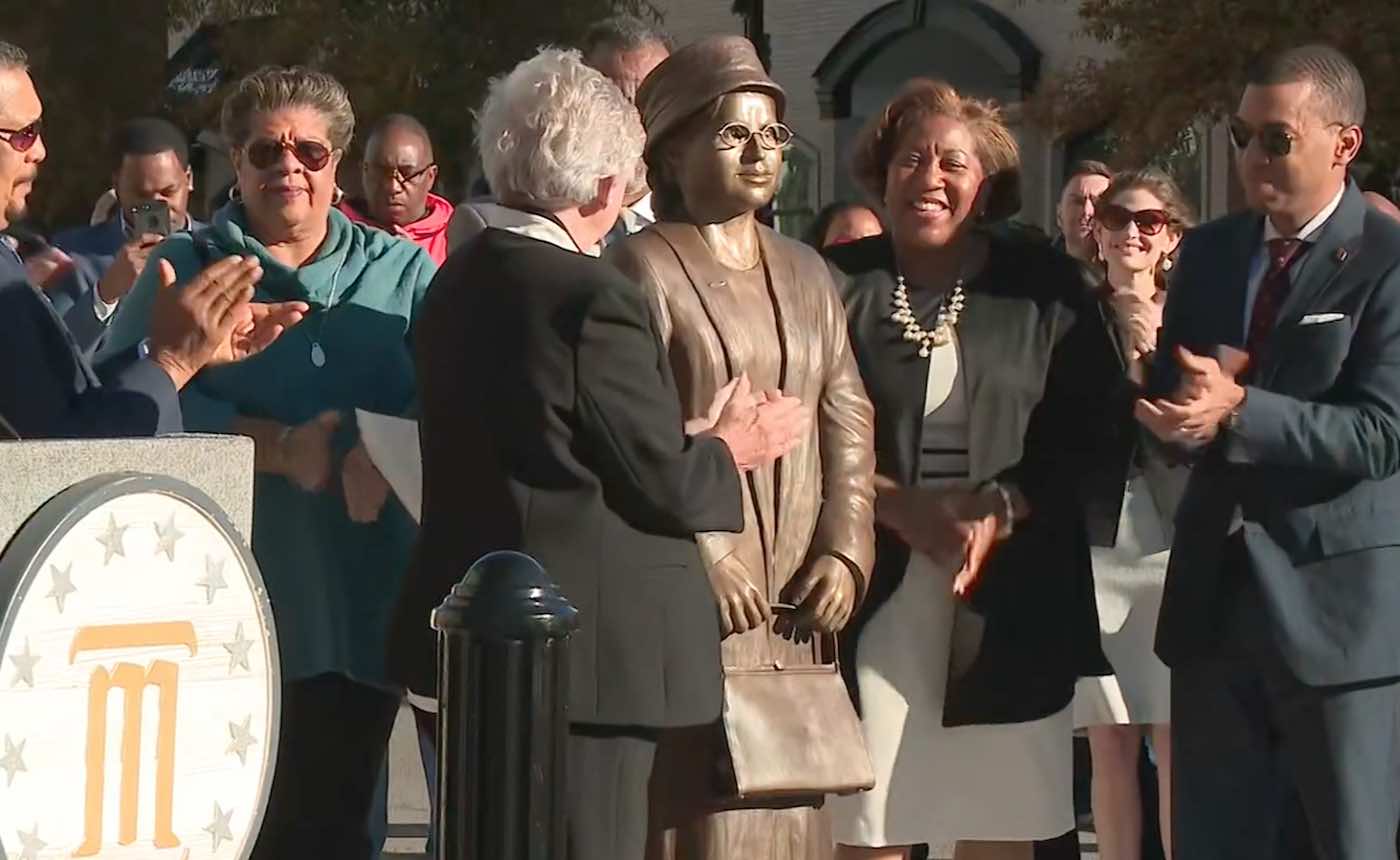 It has been 64 years to the day since civil rights activist Rosa Parks was arrested for refusing to sit at the back of a bus in Montgomery, Alabama.

Mayor Steven Reed, who only recently became the city’s first African-American mayor after he was elected in October, helped to present the new statue on Sunday, saying: “Today, on the second official Rosa Parks Day, we honor a seamstress and a servant, one whose courage ran counter to her physical stature.

RELATED: Descendants of Slaves and Slave-Owners Are Bonding at South Carolina Plantation Where They Share Their Painful Past

“She was a consummate contributor to equality and did so with a quiet humility that is an example for all of us,” he added.

Parks became a civil rights icon after she refused to give up her bus seat for a white man on December 1st, 1955. Her arrest later spurred African-American activists to boycott the city public bus system for more than a year.

Before Parks passed away in 2005 at the age of 92, she was presented with the Congressional Gold Medal for her hand in helping to end segregation.

(WATCH the unveiling below)