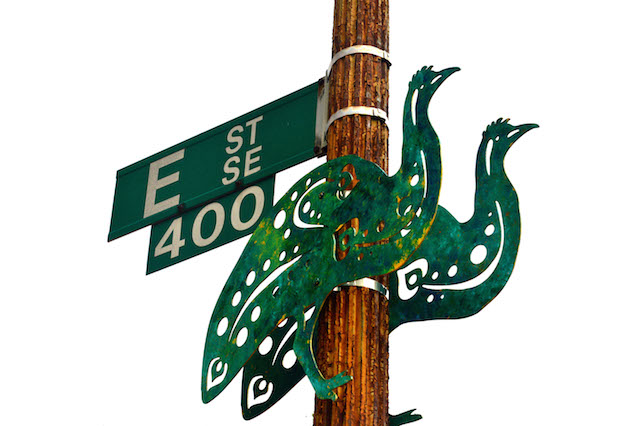 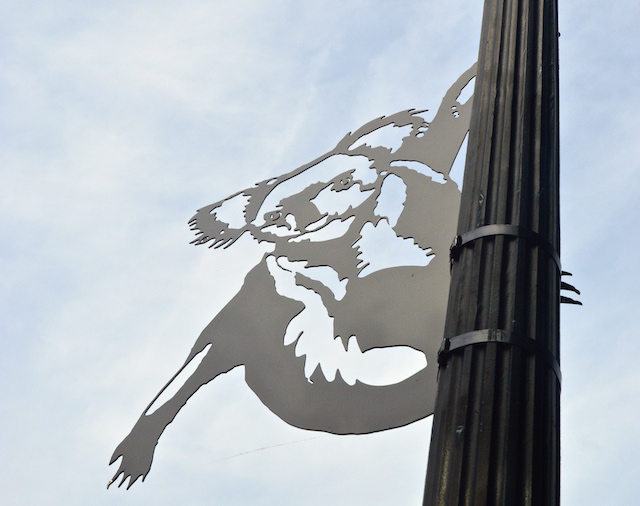 When a father started using the streets in Southeast Washington to teach his young daughters the alphabet, he inspired an animal art movement.

Streets running east and west in the U.S. capital are lettered – A Street, B Street, C Street, and so on. Stephen Young started using the streets to teach his young daughters the alphabet back in 2011, telling them what animal’s name began with each letter. 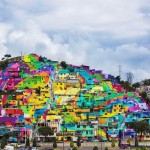 He pitched the idea of putting actual animal sculptures at intersections to the Capitol Hill Arts Workshop, a nonprofit community arts group, and they ran with it like a cheetah. “C” is for cheetah, by the way.

Animals have been popping up around the neighborhood ever since – like the Koala on K Street above. Some of the others:

“D” is for Dog, a daredevil darting through fire. 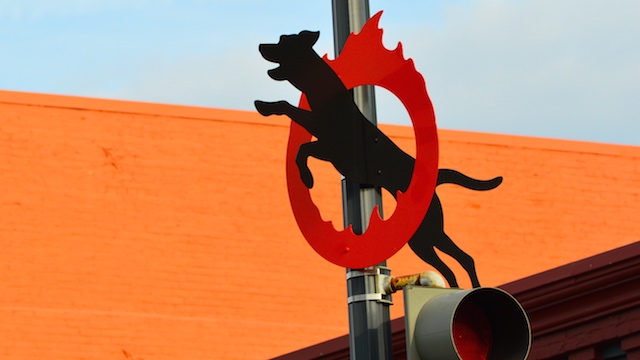 “E” is for Emus, elevated above the esplanade.

“F” is for Falcarius, fearful of becoming food for a Capitalsaurus. 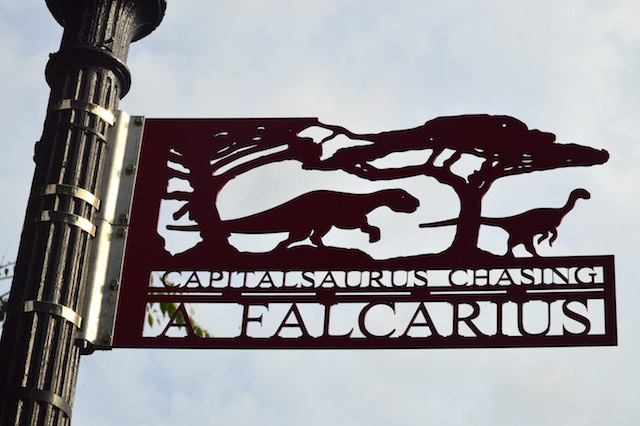 When the letters run out, the streets are given names in alphabetical order while streets running diagonally are named after states. So…

“N” is for North Carolina, and for Narwals noodling up a post. 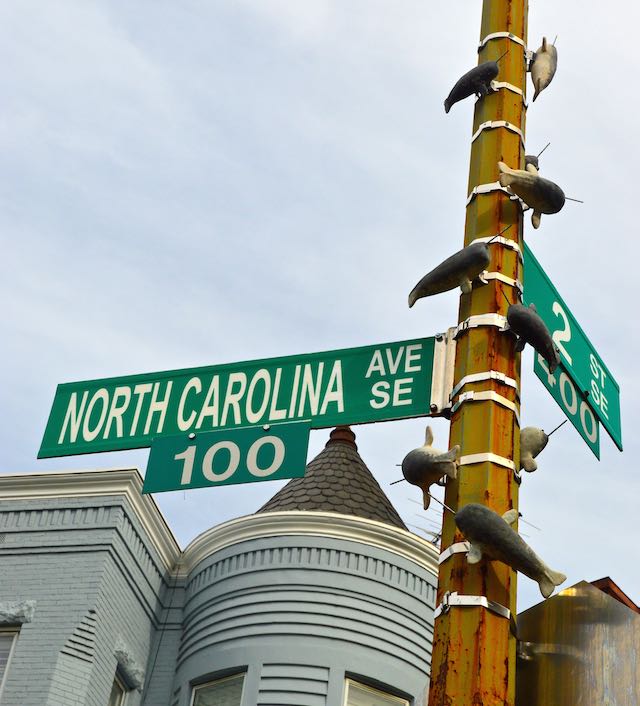 “V” is for Virginia, and Viceroy Butterflies vying for valued space. 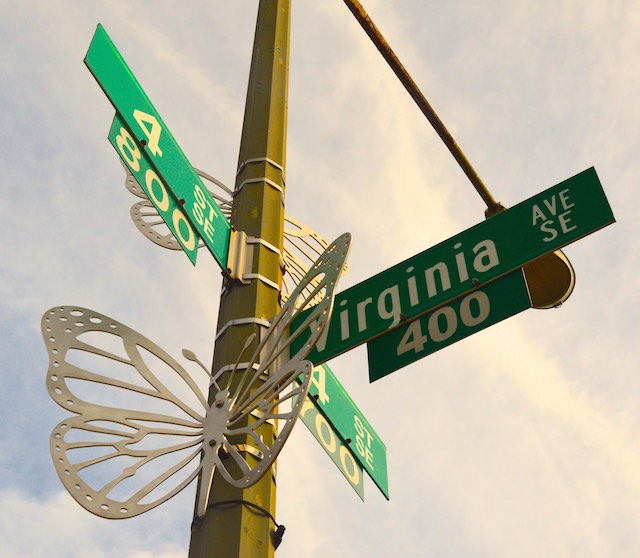 In all, there are ten animal sculptures so far — for the letters D, E, F, G, I, K, L, N, S, V. The Capitol Hill Arts Workshop still has room for 16 more – creating a walking tour of the alphabet for kids to learn their ABCs.