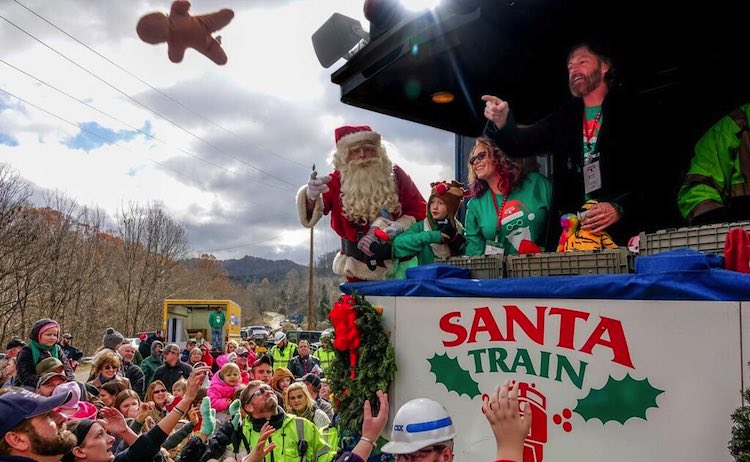 Kris Kringle’s main mode of transportation may be reindeer and a sleigh, but he’s also also a big fan of traveling by locomotive.

The Santa Train brings joy to 14 low-income Appalachian towns in 3 states during its a 110-mile journey of compassion. The cars are loaded with volunteers, toys, clothing, gifts, and, of course, the big man in red himself.

At every stop this year, Santa and his assistant, country singing star Darryl Worley, distributed their goodies to families waiting in Kentucky, Virginia, and Tennessee.

The Santa Train has become a holiday tradition in the area, with a lot of the region’s older people having experienced the event as a kid. Now they get to take their grandkids to the same stops where they remember Christmases in the past.

This year reportedly marked the 74th running of the train, which delivered 5000 gift bags and 15 tons of presents, including fresh fruit and books.