Home All News Heroes The Amazing Woman Born 200 Years Ago Today, But Most Don’t Know... 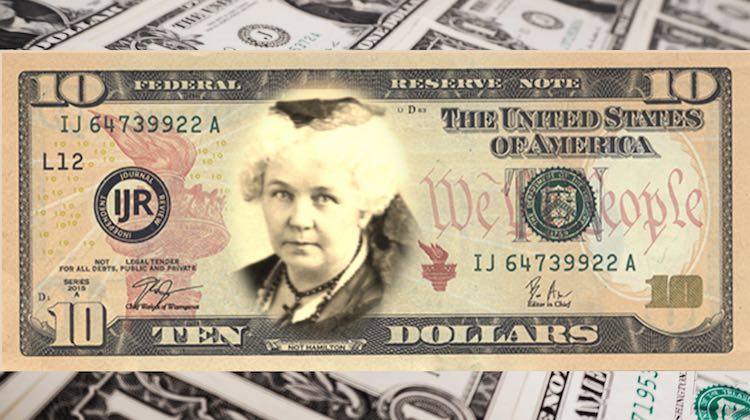 Most Americans don’t know who Elizabeth Cady Stanton is, and putting her picture on the new $10 bill may be a good way to teach them about her.

The new, commemorative bill will be issued in 2020, the 100th anniversary of the 19th Amendment’s ratification giving American women the right to vote.

Elizabeth Cady Stanton, who was born 200 years ago today, isn’t even in the running for having her portrait honored by the nation’s currency — but as founder of the women’s movement in her country, she should be.

Her father raised her in New York as he would any son–the lawyer encouraged her to enter traditionally male-dominated spheres.

At age 33, when Stanton was already a leading abolitionist, fighting alongside her husband to end slavery, she took on a new and more personal fight. She delivered a “Declaration of Sentiments” at the first women’s rights conference in Seneca Falls, New York. Modeled on the Declaration of Independence, it listed 16 “sentiments” describing the many rights denied to women by their patriarchal government and society.

These included the rights to own property, to have a voice in lawmaking, and to vote.

Stanton’s Declaration was controversial at the time, but abolitionist Frederick Douglas called it a “grand movement for attaining the civil, social, political, and religious rights of women.” 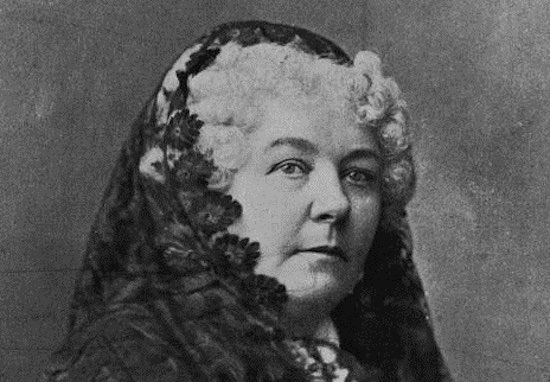 She would eventually form, and later lead, the National Woman Suffrage Association in 1869 with Susan B. Anthony, who is better known to most Americans–maybe because she was featured on a dollar coin minted in 1979 through 1981.

But Stanton would die 18 years before American women won the right to vote.

Maybe for us, a century later, the right thing to do might be to remember the woman who began the struggle a full 70 years before the 19th Amendment became a reality.