Home All News Inspiring Single Mom Who Grew Up in Foster Care Adopts Six Brothers So... 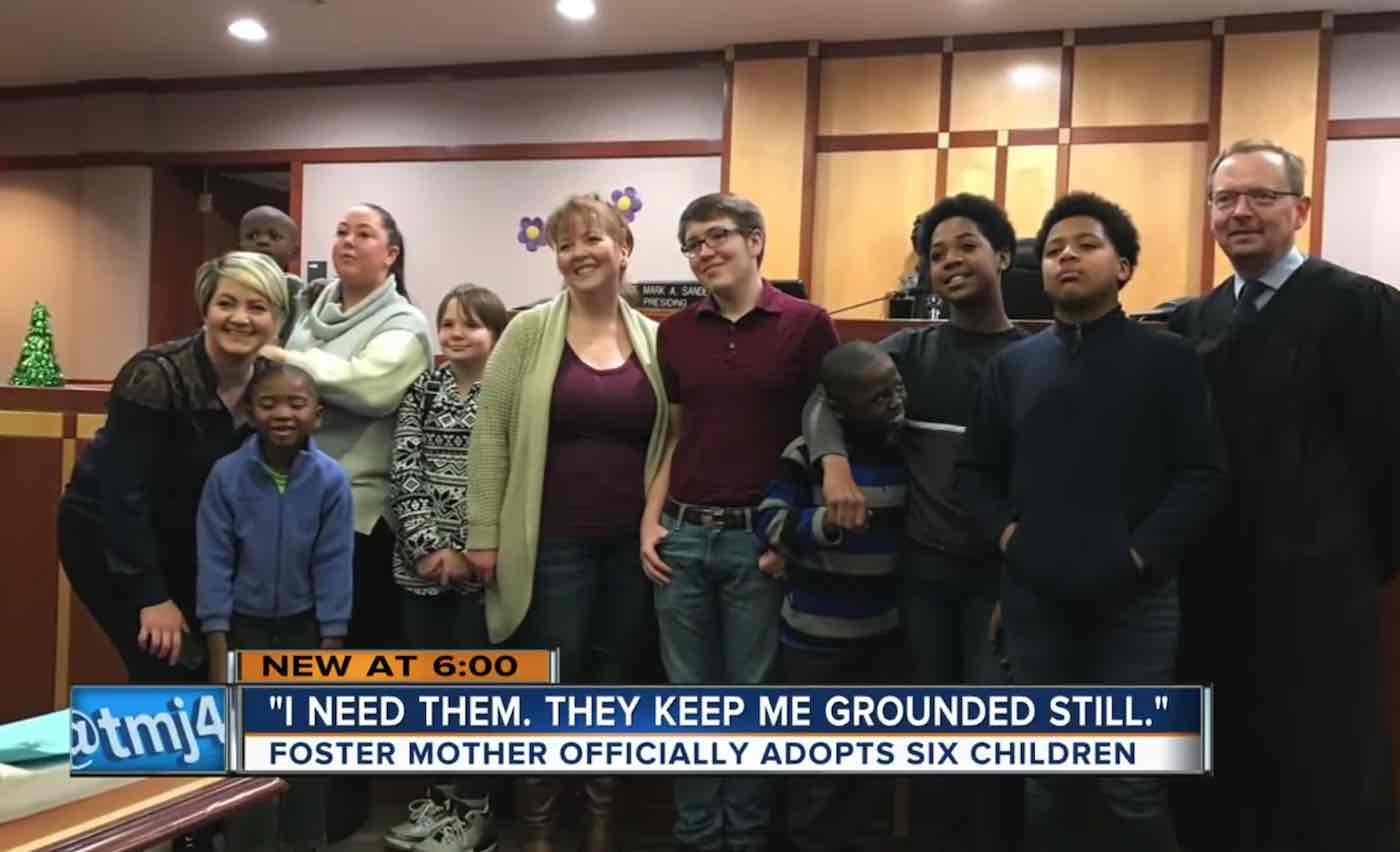 After experiencing years of childhood loneliness in the foster care system, this single mother has just adopted six young boys into her home.

Jessica Benzakein was only 12 years-old when her mom surrendered her to the state. Since older foster kids are far less likely to get adopted, Benzakein languished in the foster care system until she turned 18, and then headed off to college.

Benzakein spent many holidays as a young woman wishing for a family—so when she finally had a house of her own in Milwaukee, Wisconsin, she decided to open her heart and home to foster kids and siblings who were enduring the same struggles she had as a child.

In addition to co-parenting two biological sons with her ex-husband, Benzakein welcomed the six boys from the foster care system several years ago.

Four of the boys are biological brothers currently ranging in age from 8 to 18; the other two boys, aged 4 and 6, are also related.

The youngsters were originally only supposed to stay with Benzakein for a weekend, but those few days quickly turned into several years as a happy family—which was officially sanctioned earlier this week when Benzakein adopted the boys to become their legal guardian.

“Everybody tells me how lucky these kids are and what a good thing I did,” the 46-year-old mother told TODAY. “But … I’m going to cry … they grounded me. I went through my 20s thinking I didn’t really need a family. But I did.”

“They give me purpose.”