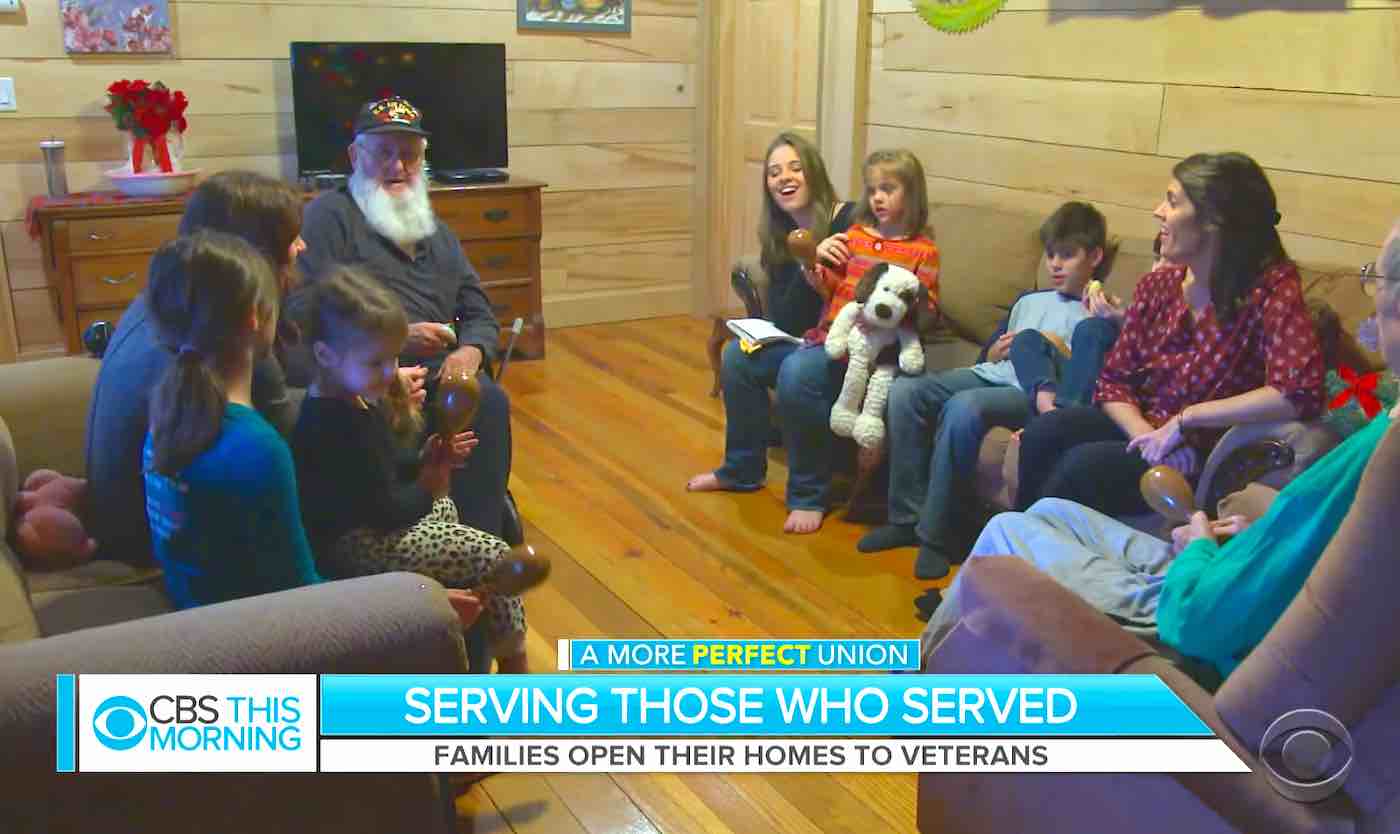 Today in the United States, more than 82,000 veterans live in nursing homes—probably not the kind of conditions or end-of-life care that would warm the hearts of veterans who had served gallantly in Korea and Vietnam.

However, the Medical Foster Home program launched by the U.S. Department of Veterans Affairs (DVA) in 2008 has been providing opportunities for a much more comfortable life to senior veterans who can’t live alone by allowing American families to open their own doors to the nation’s heroes.

“A Medical Foster Home can serve as an alternative to a nursing home…for veterans who require nursing home care but prefer a non-institutional setting with fewer residents,” says the DVA website.

WATCH: Veteran Goes From Janitor to Physicist After Teaching Himself Trigonometry Using Only Youtube Videos

This was certainly the case for Korean War veteran Stewart Breeding who resigned himself to spending the remainder of his life alone in a nursing institution after his wife died in 2016.

Two years later, Donna and Bennie Nolan became a DVA-certified medical foster family, and surprised Breeding on his 86th birthday with a cake, balloons, and a room full of well-wishers who celebrated the news that he could move in with them.

“I want to live here with Donna and Bennie until the day I die,” Breeding told The Washington Post. “I love everything about this family. It’s a great place to be.”

LOOK: Canada Now Has Its First Ever Tiny House Village for Homeless Veterans

According to The Post, Donna Nolan, who is part of an Air Force family, knew she wanted to be a part of the program as soon as she heard about it in 2016. Her husband Bennie—a veteran of the Gulf War, former Army blacksmith and railroad engineer who worked as a communications specialist for 20 years—felt exactly the same.

“It’s an honor to have them living with us,” Bennie said. “Nurturing has always been a big part of my life, and Donna’s life too.”

The program, launched in 2008, now has a presence in 44 states, and each family in the program is allowed to take up to three veterans into their homes in order to give them a more comfortable and personalized care environment.

The agreement is a long-term commitment, and according to Cathy Free at The Post, the veterans often live in the foster homes for the remainder of their lives.

WATCH: Boss Pays Off His Employee’s Mortgage So the Vietnam Vet Can Finally Retire

The demand and desire for foster homes over institutions or nursing homes varies from state to state, but trends highest in rural areas, explains Dayna Cooper, Director of Home and Community Care in the Office of Geriatrics and Extended Care for the DVA.

Most veterans want to stay in the towns where they live—a dignity which Cooper feels they certainly deserve, and so the program’s managers always begin the search for foster homes in the vicinity where the veterans currently live.

The program has one of the highest rates of satisfaction of all post-deployment VA programs.

“Many of our caregivers and vets become family,” Cooper told Southern Living. “They take them on vacation. We recently spoke to a family who takes their veteran—a quadriplegic—camping twice a year. These are opportunities they never would have had.”

(WATCH the video below… EDITOR’S NOTE for international viewers: You can watch the footage on the CBS News website) – Photo by CBS News