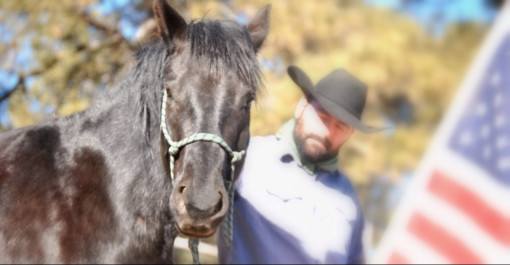 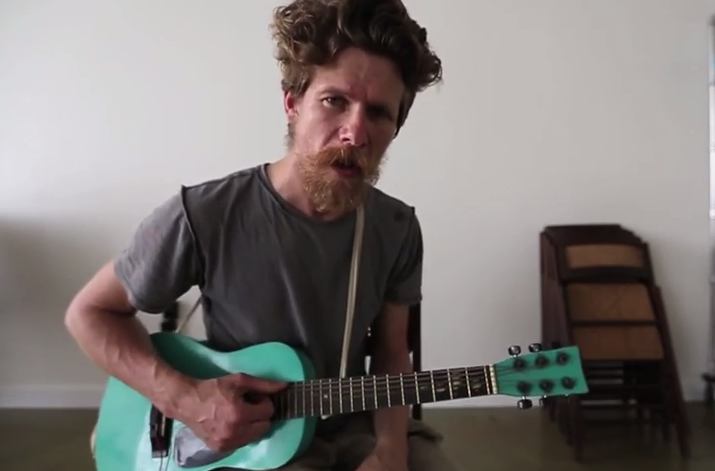 Jesse Jackson is a Miami musician whose dad fought in WWII. Yesterday, June 15th, was the 70th anniversary of his father’s landing at the battle of Saipan where he received wounds for which he was awarded one of his two Purple Hearts. Yesterday was also Father’s Day in the U.S. and Jackson recorded a song, not only for his father, but for another Marine who is crossing the United States on horseback to benefit wounded warriors.

A former infantryman, Matt Litrell is riding with two mustang from Camp Lejeune, North Carolina to Camp Pendleton, California. He, too, is a Purple Heart combat marine, yet after he returned home from two tours in Iraq, Litrell began contemplating suicide. Now, to raise awareness of the high suicide rate among veterans, he is crossing the country on a horse, something Jackson, as a musician, has always wanted to do to spread his music.

”I was truly moved and inspired when I heard about Matt Litrell,” Jackson told the Good News Network. “Not only because this cowboy Marine decided to do something different, but also because I could relate to him because I came close to committing suicide.”

The John Mayer-esque Miami singer-songwriter knew that his song, “Son of a Marine,” was a perfect fit for the moment.

“I wrote this song in Wyoming and it just came to me.”

Jackson performed “Son of a Marine” yesterday on Father’s Day –on his dad’s combat anniversary– so he could use the video to promote Matt Litrell’s fundraising page benefitting the Semper Fi Fund. 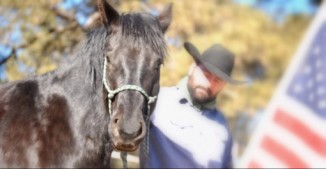 “I don’t think the average American is aware that we are losing more than 22 veterans per day (to suicide) in our country,” he told the Jackson, NC Daily News.

(By the way, Jesse’s dad, Harry Jackson was an artist in the New York Abstract Impressionist movement joining the likes of Jackson Pollock. He died in 2011 but you can explore his art and life at www.harryjacksonstudios.com.)