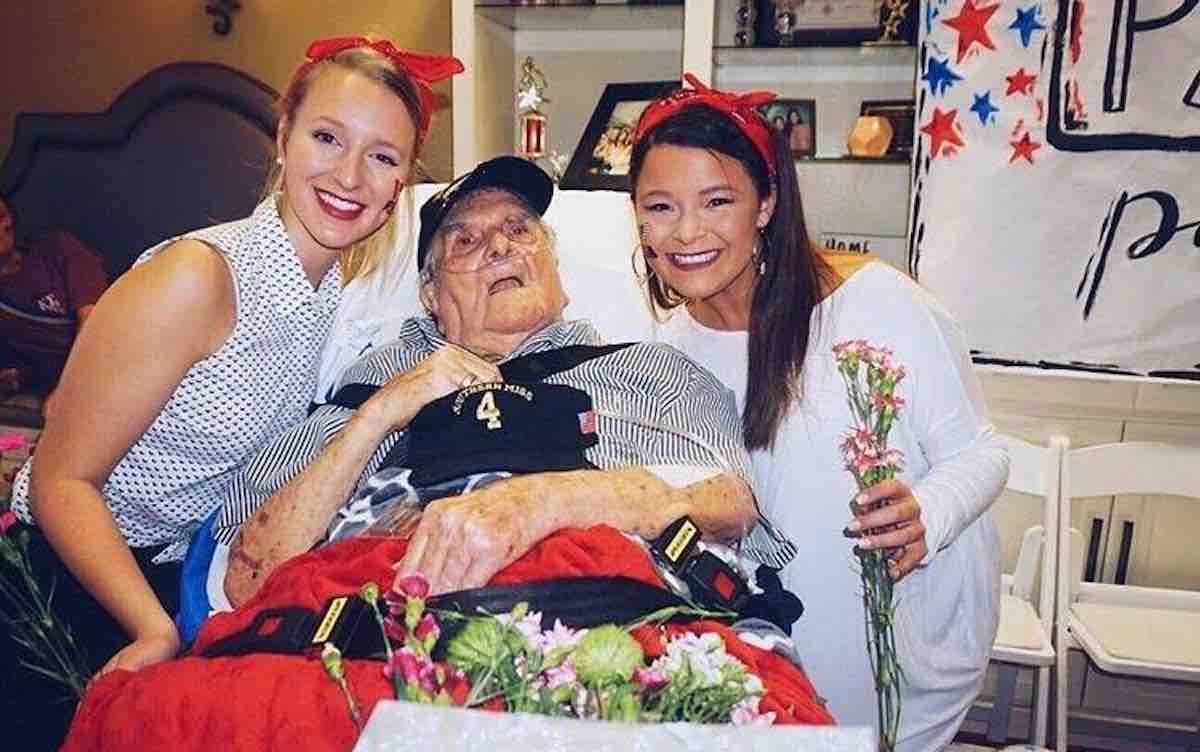 92-year-old Paul Sonnier harbored one final wish that he wanted to fulfill before leaving this life, and it was to have one more dance with a beautiful woman.

Thankfully, dozens of girls were happy to oblige.

As a means of granting his wish, the Phi Mu sorority sisters at the University of Southern Mississippi held a dance for the ailing senior on Monday.

Sonnier, who was in WWII and the attack on Pearl Harbor, first met sorority sister Jessica Moreau when she worked as a social work intern at the SouthernCare Hospice Services in Hattiesburg. The Navy veteran always told Moreau that he someday would teach her how to waltz and jitterbug.

LOOK: Vietnam Vet With Dementia Reassured When Colonel Tells Him ‘Your duty is done’

Then during one of her visits, he expressed his wish for one last dance. The sorority then orchestrated the event in the veteran’s honor.

Though Sonnier was not actually able to get up and dance, he was delighted to hold the students’ hands as they boogied.

“We’re super grateful, because he hasn’t been out the house in so long,” Sonnier’s granddaughter Samantha Owen told WDAM. “All these ‘pretty women’ get to come around him. He gets to hand out flowers and just be himself. He hasn’t been himself for awhile. So, he’s super happy.”