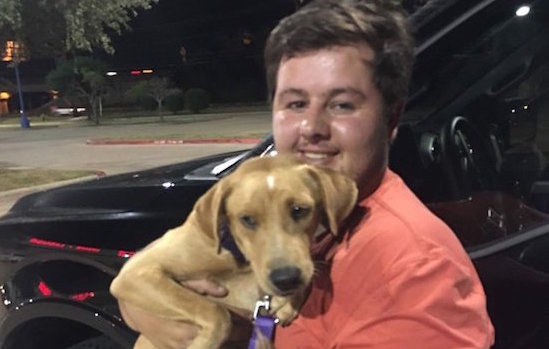 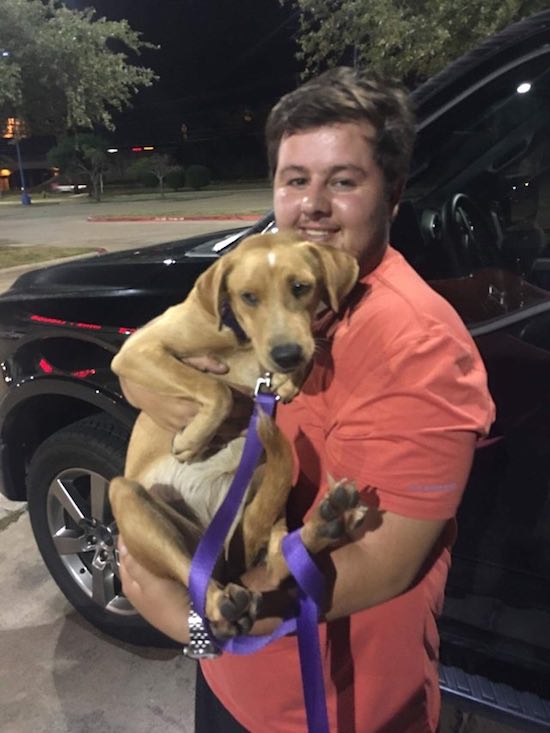 These two pups were stranded in the path of Hurricane Harvey with very few rescue prospects – until Connor showed up.

This was no ordinary rescue, either – Connor made the 4-hour drive south from Austin, Texas to where the dogs were in Corpus Christi. Not only that, but he was also driving towards the hurricane that everyone was running away from.

According to the Dodo, the 22-year-old college student was preparing to head back to school when his mother, who volunteers with Lucky Lab Rescue and Adoption, saw a social media post from a foster home in Corpus Christi.

The post said that the two dogs, named Thelma and Hercules, desperately needed to be evacuated from the area. Connor then decided that he was the man for the job.

“I said why not? And jumped in my truck,” Connor told The Dodo. “I didn’t really think — I just figured someone needed to help them.”

The student, who requested that his last name is withheld, had never conducted an automotive animal rescue before – but after a long day of driving, Connor was able to transport both Thelma and Hercules to safety at their new foster homes.

Connor is not the only hero who has stepped up for Hurricane Harvey – here are five other inspiring examples of businesses and individuals lending a hand for the storm.