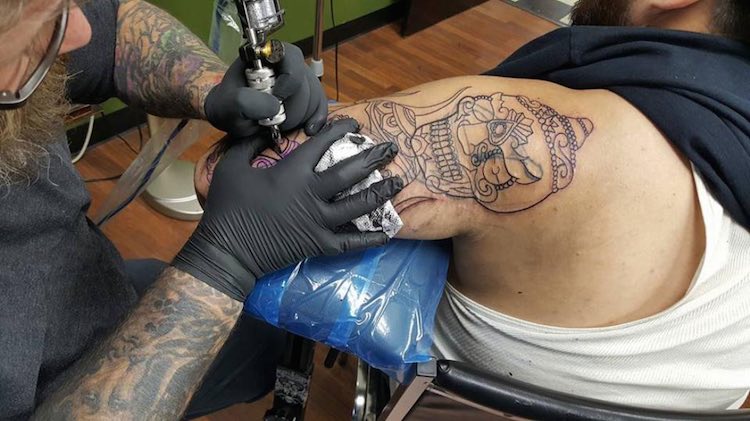 Though some people may think that tattoos last forever, this Maryland parlor believes that everybody deserves a second chance.

Southside Tattoo in Brooklyn Park, Maryland has announced that they will be providing free service to anyone wanting to get a racist or gang-related tattoo covered up.

The parlor’s special offer has already been shared 35,000 times since it was published on January 16th, resulting in the team reportedly being booked solid for the next six months.

The shop artists only request that in exchange for the pro bono services, the customers must “pay it forward” by doing something kind for someone else.

“Sometimes people make bad choices, and sometimes people change,” Southside Tattoo owner Elizabeth Cutlip wrote in a Facebook post. “We believe that there is enough hate in this world and we want to make a difference.”

Elizabeth and David Cutlip have been so inspired by the outpouring of support that the duo has started a foundation called Random Acts of Tattoo. The project’s GoFundMe page is attempting to raise $60,000 for financing a worldwide nonprofit collective of tattoo artists who can provide the same services for others in need of a fresh start. All funds will reportedly cover travel and supplies.

“Our goal was to help ex gang members in Baltimore cover their gang and racist tattoos so that they could get rid of the constant reminder of a past life,” says Elizabeth. “We have gotten hundreds of inquiries about work, some near, some far. We are truly humbled to have the ability to heal others through our art… no strings attached.”