Home All News Inspiring They’ve Been Pen Pals for 42 Years; Watch Them Meet for First... 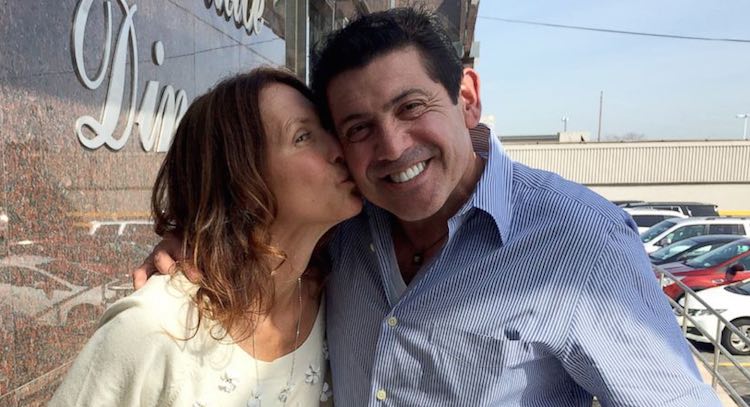 George Ghossn and Lori Gertz have been writing to each other using pen and paper for nearly a half century. Now each finally got the chance to embrace their longest-lasting friend.

Ghossn, from East Islip, New York, told ABC News that he and Gertz, who lives near San Diego began writing each other “when I was 15 and she was 12. We started writing through a chain letter. It said to send out five letters, and you were supposed to receive thousands back. I got four letters back … One was from Lori.”

The pen pals shared feelings and details about their lives in newsy notes mailed about once a month—and they’ve both kept all the handwritten letters.

Since Lori was already going to be in New York taking her son to visit a university there, she thought it was time they both met.

“I love George. George is a staple in my life. My whole family knows George … It’s my longest relationship that I’ve had with anybody. It’s beautiful,” Gertz said.

(WATCH the touching video of the reunion below