Home All News Animals Watch Beluga Whale (Accused of Being a Russian Spy) Assist Woman Who... 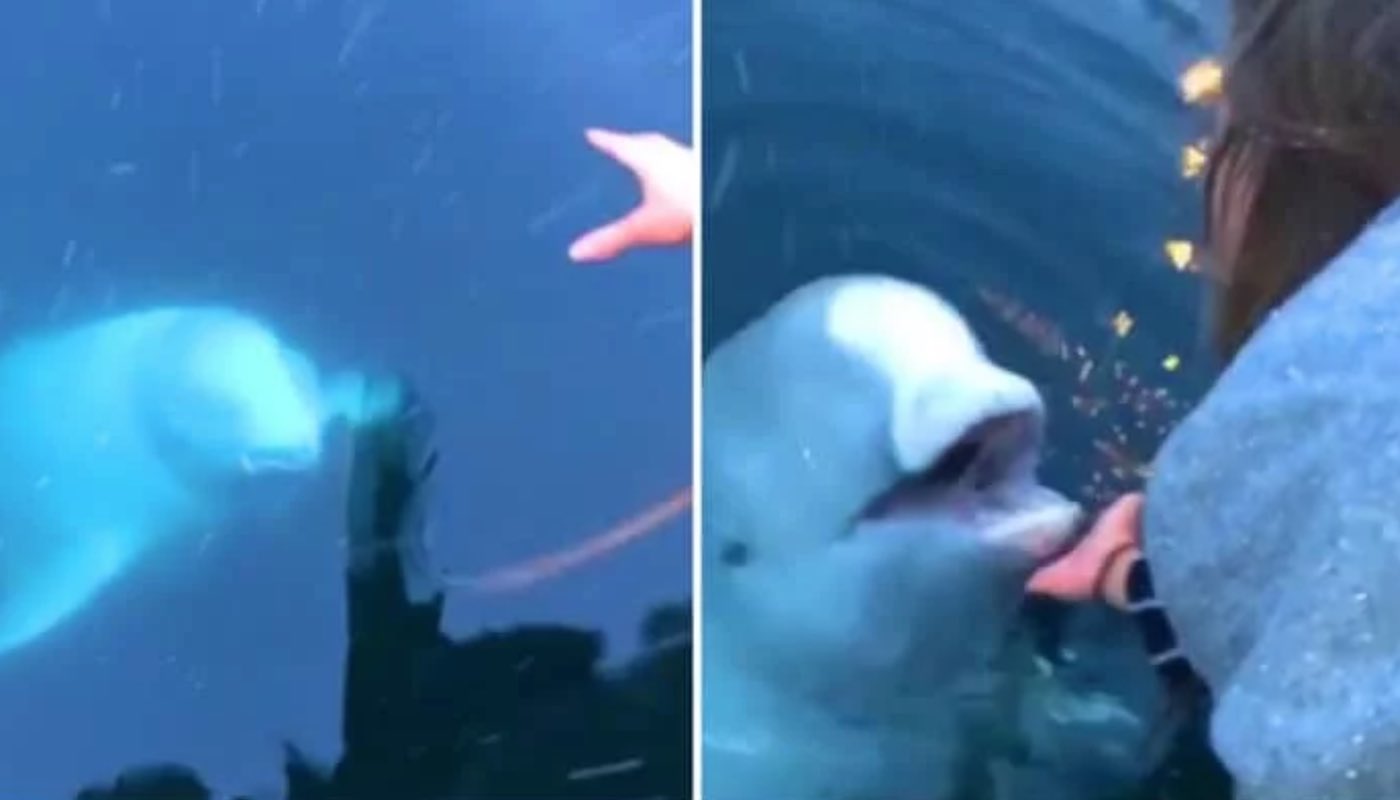 This beluga whale captured the world’s attention after it was found wearing a Russian-made harness – and the cetacean is now capturing people’s hearts after it was filmed politely returning a woman’s phone from the ocean.

The beluga was first spotted by Norwegian fishermen at the end of April. The sailors were already suspicious of the whale’s origins based on how comfortably it interacted with the humans. Furthermore, they discovered that it was wearing a GoPro camera harness with the English words “Equipment St. Petersburg” printed on the label.

Since marine mammal training facilities were common during the Soviet Union, many Norwegian locals and news outlets have accused the beluga of being a defected Russian spy.

According to The Guardian, Russian officials have refuted the claims and stated that they no longer use such animal training programs.

Regardless, the whale’s mysterious backstory and friendly disposition has made it somewhat of a local celebrity.

Ina Mansika and her friends were just a few of the town residents who took a boat out on the northern harbor of Hammersmith to see if they could catch a glimpse of the amiable beluga earlier this week. Upon spotting the whale in the water, she forgot to properly secure her phone inside of her jacket pocket and it fell into the ocean waters.

Mansika was then surprised to see the whale fetch her sinking phone and casually bring it up to the surface so she could retrieve the device from its mouth.

RELATED: Watch This Stunning Video of a Border Collie Sprinting to the Rescue of a Dog in Harm’s Way

After returning the phone, the beluga can be seen surreptitiously returning to its “undercover” position beneath the boat.

Norwegian officials have warned locals not to feed the whale so that it can learn to forage on its own. That being said, they are tracking the whale’s movements to ensure that it adapts to its surroundings, and they are holding local polls in order to decide what to name their new aquatic friend.