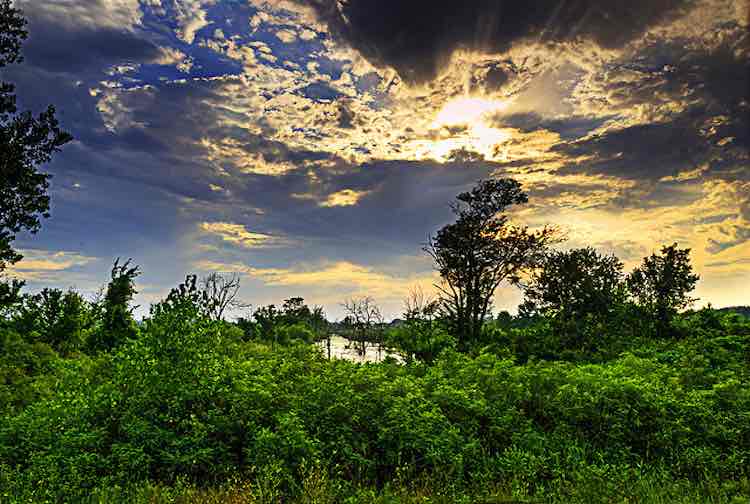 Romania’s wetlands, once drained for farmland by the dictator Nicolae Ceaușescu in the 1980s, are coming back to life thanks to help from local communities, the World Wildlife Fund, and funding from the European Union.

Roughly 2,224 acres (900 hectares) of the picturesque Danube Delta — home to 300 species of birds — have filled with wildlife, after having been reconnected to the network of lakes and streams in the area.

“A lot of birds have migrated to the area, and one doesn’t need to travel long hours any more or go to other lakes to spot the birds,” Mahmudia Deputy Mayor Ion Meuta told Reuters.

The area around Mahmudia, which is a UNESCO World Heritage site, is the third-most bio-diverse in the world, after Australia’s Great Barrier Reef and the Galapagos Islands, according to the Danube Delta Biosphere Reserve Authority.

After groups used earth-moving equipment to restore the waterways, government officials moved to protect the area’s endangered wild sturgeon—a species more ancient than dinosaurs—by issuing a fishing ban over the next decade.

WATCH: Boaters Shocked When Clever Seal Hops on Board to Escape Orcas