Home All News Inspiring When Mother Runs Out of Formula for Crying Infant, Flight Attendant Offers... 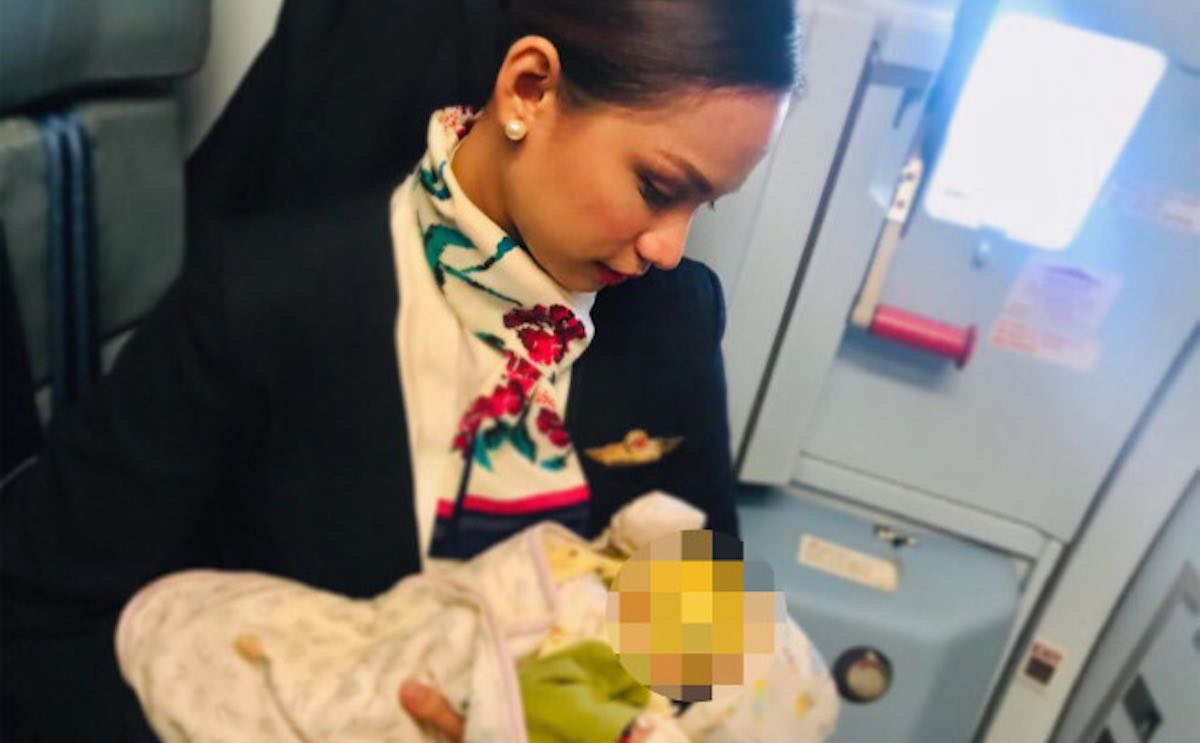 Though breast milk may not be on the ordinary in-flight menu, this stewardess was more than happy to offer up some nourishment for an anxious mother and her crying infant.

24-year-old Patricia Organo had been working aboard a Philippine Airlines flight late last month when a tiny newborn passenger started to wail.

“Everything went smoothly until after take off, I heard an infant’s cry, a cry that will make you want to do anything to help,” says Organo. “I approached the mother and asked if everything was okay … Teary-eyed, she told me that she ran out of formula milk.”

The baby was now crying so loudly, other passengers were turning to stare at the passenger and her child – so Organo, who is a new mother herself, volunteered to help in a way that only mothers can do.

LOOK: Photo of Man Holding Baby for a Stranger While She Does Paperwork is Melting Hearts Across the Internet

“I felt a pinch in my heart,” she wrote. “I thought to myself, there’s only one thing I could offer and that’s my own milk. And so I offered.”

The mother gratefully accepted and followed the flight attendants back to the galley where Organo fed the woman’s baby for her.

RELATED: When Radio Station Hears About Mom Struggling to Care for Sick Son, They Give Her Surprise She Will Never Forget

“I saw the relief in her mother’s eyes,” writes Organo. “I continued to feed the baby until she fell asleep, [then] I escorted her back to her seat and just before I left, the mother sincerely thanked me.”

Not only was Organo happy to help a stranger in need, her compassionate gesture also helped get her a promotion with the airline as well.