Home All News Animals Woman Realizes the Old Dog She Just Adopted Was Same One She... 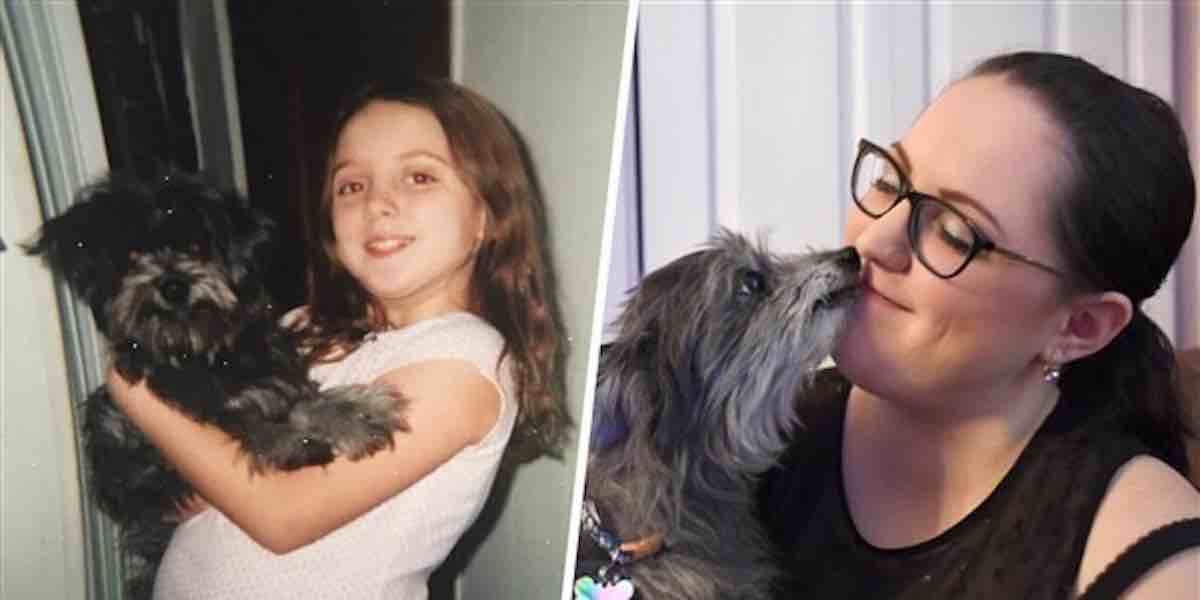 Instead of reading, you can also HEAR the story told by The Good News Guru (GNN’s founder, Geri) on KOST 103.5 Radio this week.

It’s been seven years since Nicole Grimes was forced to give up Chloe: her beloved canine companion.

When the girl was 14 years old, her father began a job outside the home and since Chloe was suddenly alone for long periods, she would bark all day long. The Grimes family was forced to consider the neighbors’ complaints about the young noisy pup, and had to give her up for adoption at a local shelter.

Though Nicole understood the reasoning behind her parents’ decision, she was still heartbroken over her lost friend and never forgot her.

Now a 21-year-old mother living in Brownsville, Pennsylvania with her husband, Nicole noticed one of her Facebook friends had posted a photo of a senior dog needing a loving home.

RELATED: Because His AirBnb Guest Had a Heart Attack, Man’s Ingenuity is Now Saving Thousands of Lives

The elderly couple who’d been caring for the dog had died recently so the couple’s neighbor posted the adoption ad on Facebook. The hound looked a lot like Chloe, so she decided to adopt it.

“It just reminded me of my old dog. So I decided to take her in,” Grimes told TODAY.

Even more strangely, the dog was similarly named Chloe.

She couldn’t stop thinking about the resemblance to her childhood pal, so one day Nicole took the dog in for a microchip scan: in a strange twist of fate, the new canine family member was the exact dog that she’d been forced to give up so many years ago.

“I felt like I won the lottery,” Grimes said. “I never thought I’d see her again.”

Now, the little family will be giving Chloe all the love and kisses that Nicole missed out on since she was a young girl.