Home All News Kids 11-Year-old Crocheting Prodigy is Raising Thousands of Dollars for Orphans–One Stitch at... 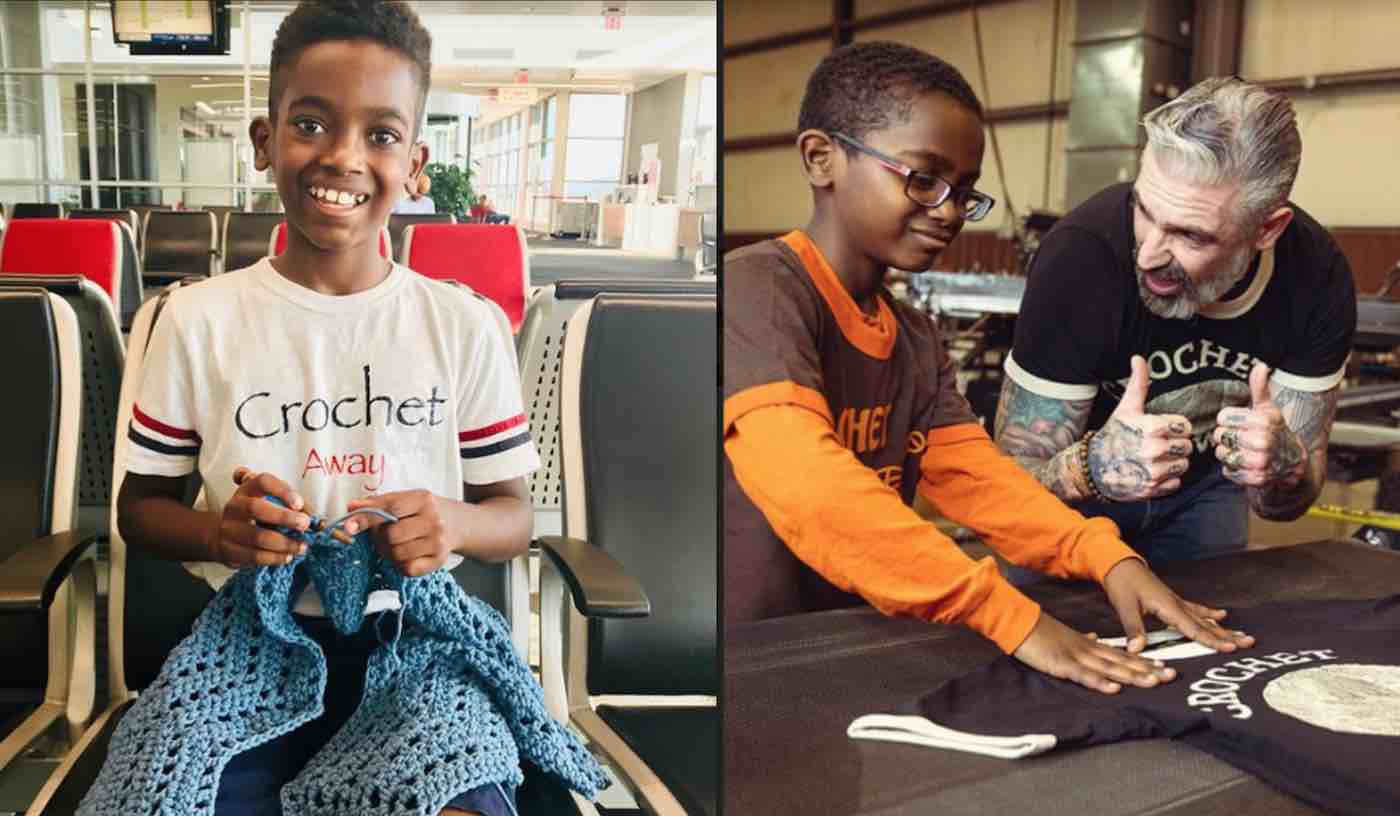 If you meet 11-year-old Jonah Larson, he seems just like any other normal happy kid. He loves his mom, grandma, and adores llamas—but you’ll soon find out that he is, in fact, very different.

Jonah is a self-taught crochet prodigy. His very first project was started as a 5-year-old using donated materials, and after making a simple dishcloth by watching a YouTube tutorial, he was hooked—and he hasn’t stopped since.

“I’m a very busy thinker, and I’m always thinking of ways to do things differently. Crocheting, to me, is quiet time because it relaxes my mind. And everybody should have something to relax their mind,” Jonah told The LaCrosse Tribune.

Now it’s pretty much anything, including, pumpkins, Afghans, fingerless gloves, ear warmers, hats, ponchos, doilies, and yes, even llamas; and although he doesn’t usually sell his finished items or try to defray the cost of materials, his fans send him supplies from all over the world.

MORE: After Bullied Boy Has Terrible First Day of School, Upperclassmen Take Him Under Their Wing

It’s impressive enough that at age 11 he has his own 6-part series called “Learn to Crochet with Jonah.” But there’s more: he’s on the cover of “Crochet World” magazine, which showcases a gorgeous Nordic Winter Afghan he made, and he has his own episode on “Knit and Crochet Now.”

He recently appeared on the TODAY show, the Kelly Clarkson show, and is no stranger to national exposure—Jonah gained his viral fame after Inside Edition, Good Morning America and NPR picked up on a local news story about him.

Since February, he’s partnered with Atlanta-based designer Daniel Sheehan, who is mentoring him about designing his own fashion line. Sheehan, who features pics and videos with the boy on Instagram had seen Jonah on social media, and like so many others, he was instantly touched.

LOOK: Two Sisters Have Been Reading Bedtime Stories for Children on Facebook Live Every Night

“It was this little boy with this little voice saying, ‘Hello, crochet friends,’ and it stopped me in my tracks,” 44-year-old Sheehan told the LaCrosse Tribune. “I showed my mom and I had tears in my eyes and she started crying. I sent a message to Jonah saying I wish he would have been my friend when I was 11 years old … Within 12 hours I had this beautiful response from Jonah.”

Beyond Jonah’s speed-crocheting skills and his winning smile, it’s his genuine love for people that inspires others so much. He has recently started a fundraiser to build a library in his hometown in Ethiopia, so the friends he left behind at the orphanage where he was adopted “can have books in their hands.” Nearly $20,000 has been raised to date, and half of that will be sent to nonprofit Roots Ethiopia for providing basic resources like school desks, chairs, blackboards, books and science materials.

“I want to hand children in Ethiopia the chance to unlock their own passion and potential. The talent and love that came from that gift can now spread across the globe and back to the beautiful country I love so much,” he explained on his fundraiser page.

CHECK OUT: This Seventh Grader Donated All $15,000 of His County Fair Earnings to a Children’s Hospital

What’s in the future Jonah? In addition to growing his business in creative new ways, he says he wants to continue his education and become a surgeon. He definitely has the hands for it.

(WATCH the news coverage below… NOTE: Our international viewers can watch it on the CBS News website) – Photos via Jonah Hands, and Daniel Sheehan on Instagram