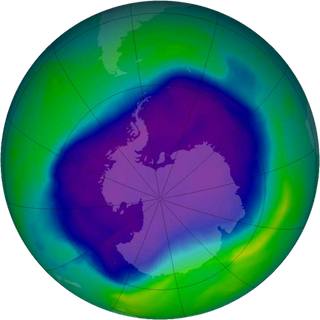 The international agreement unveiled 25 years ago on September 16 to phase out chemicals harmful to the Earth’s ozone shield continues to reap results that show the giant hole in the stratosphere is shrinking.

Signed by 197 states and the European Union, the Montreal Protocol on Substances that Deplete the Ozone Layer became a showcase for successful global environmental cooperation.

The agreement banned chlorofluorocarbons (CFCs) that were once used in refrigerators and spray cans, and remain in the atmosphere over a long lifetime.

Not expected to fully recover until 2050, the ozone layer, which protects us from ultraviolet rays, has been slowly improving and, as a result, millions of cases of skin cancer and eye cataracts have been prevented, according to the UN’s World Meteorological Organization.

The hole in the ozone layer over the Antarctic is expected to be smaller this year than last.

(READ the story in the Reuters)