Home All News Animals 6-Legged Puppy Given the Perfect Forever Home After She Was Adopted By... 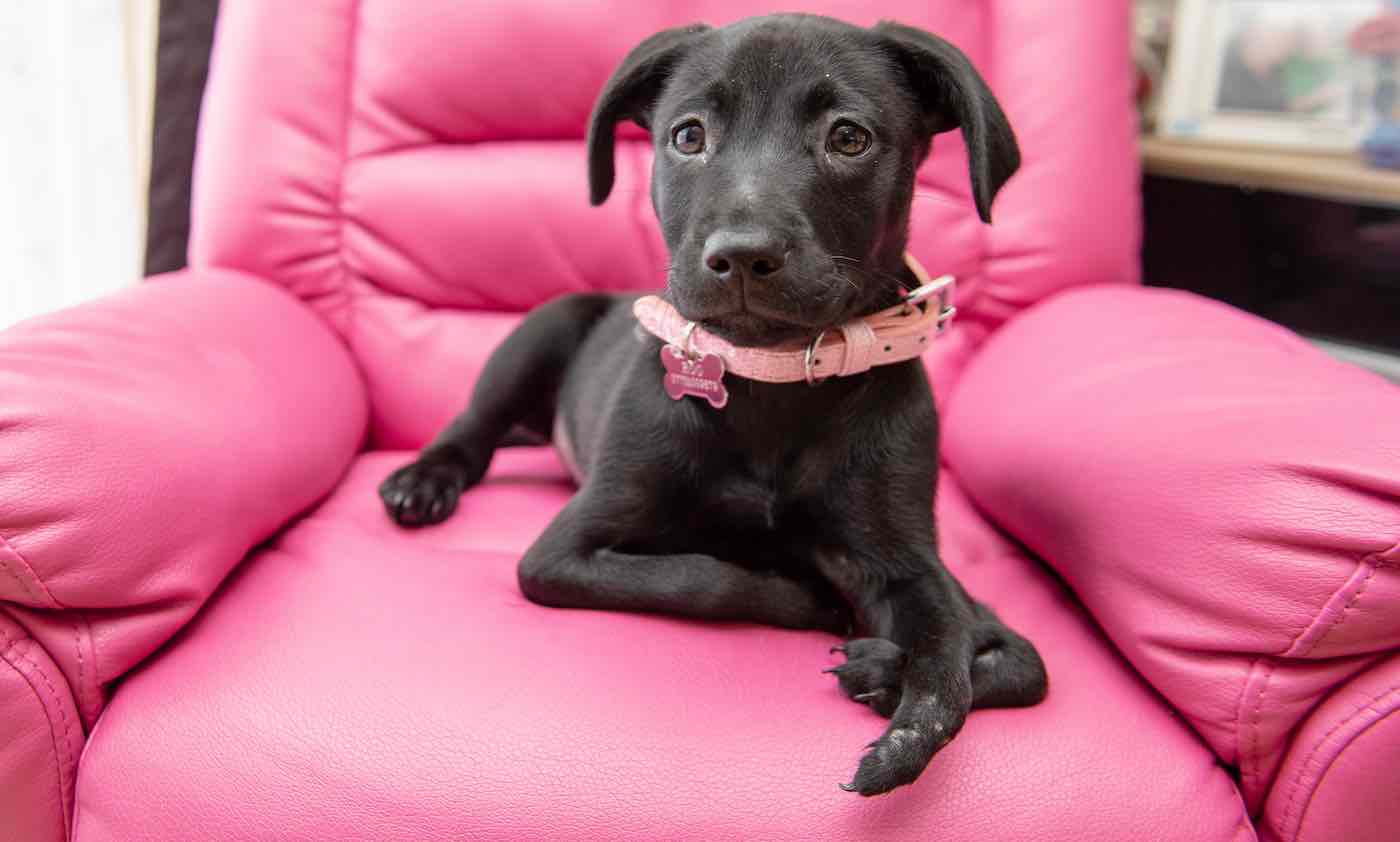 Since this adorable 8-week-old puppy was born with six legs, there was a strong chance that her breeders were going to have her euthanized.

Now that she has been rescued by a loving family, however, the energetic pup is now bringing joy to a boy who is bullied for his skin condition.

Since the Labrador-mix puppy was born with two extra front legs that hinder her gait, she hops around on her back legs like a kangaroo—that’s why her new owner, 15-year-old Luke Salmon, named her Roo.

“When she jumps up on us she looks like a kangaroo, hence the name,” said Luke’s mother Lauren Salmon. “But when she walks, she sort of staggers on her elbows with her bum in the air, like an army crawl.”

LOOK: When Pup’s Death Left Man Heartbroken, He Healed By Adopting 8 Senior Dogs That No One Wanted

Salmon, who is from Orpington, Kent, bought Roo from breeders in Essex two weeks ago after Luke spotted the special pup online.

When Luke and his mum went to collect Roo, she came “bounding out” of her puppy pen and jumped up at the pair on her hind legs.

“It was love at first sight for Luke and Roo from then on,” says Salmon. “Luke is like a protective father. They never leave each other’s sides and she even sleeps in his bed.”

Since Luke suffers from psoriasis—a condition which leaves the skin covered in flaky red patches—he has often been bullied for his disorder at school.

RELATED: When Animal Shelter Uses Area 51 Internet Meme to Appeal for Adoptions, They Are Flooded With Support

But having Roo as his new canine companion has brought a whole new realm of therapy to Luke’s life.

“Luke feels like the odd one out because of his condition, and now he’s got a best friend to match,” says Salmon. “I think Roo will reduce Luke’s stress and that should help his skin.”

Lauren has now contacted Dr. Noel Fitzpatrick—the specialist who stars in Channel 4’s The Supervet—to see if he can help to improve Roo’s mobility, because her extra legs get in the way when she’s walking.

Salmon’s vet was relieved when they asked for Roo to be referred to The Supervet because she feared that they would want the pup to be put down.

“We absolutely love Roo to pieces,” insists Salmon. “She’s is just a normal dog to us—just with a couple of extra bits.

Salmon is now waiting to hear back from the doctor after he reviews a report and pictures of Roo’s extraordinary legs.

“Her special legs don’t cause her any pain, and it’s easy to see just how full of life she is. She’s full of puppy energy, so we’d describe her as placid but playful.”