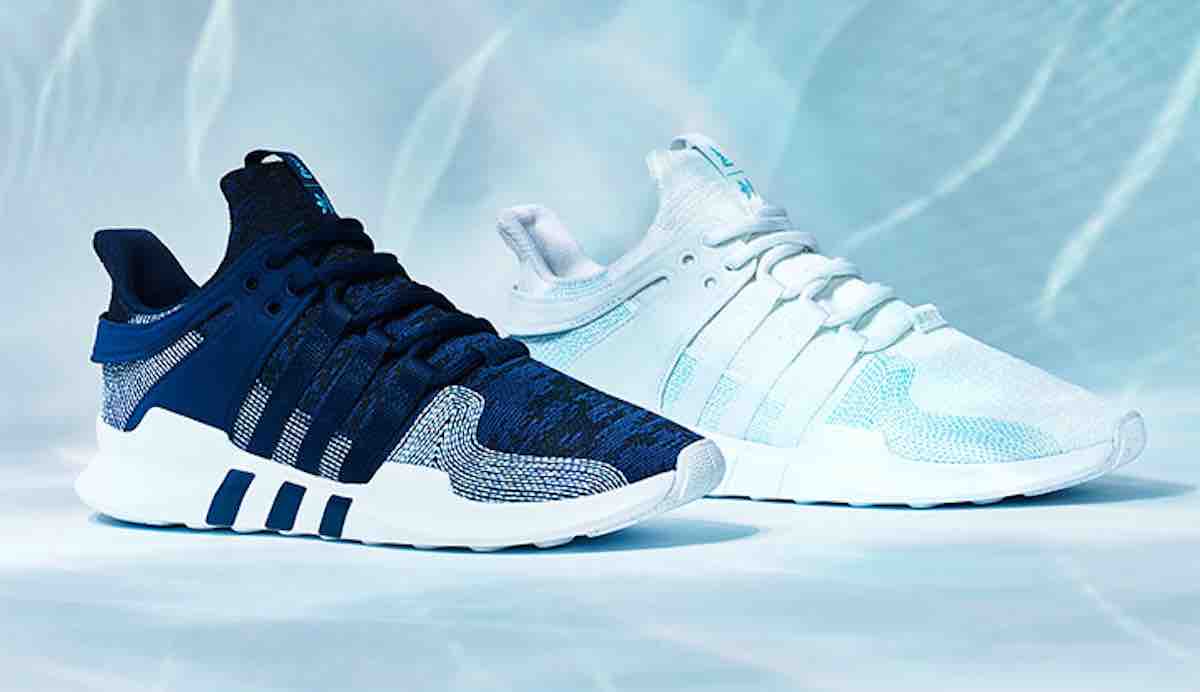 Apparel company Adidas has been making shoes out of ocean plastic pollution – and according to a recent news report, they sold 1 million pairs last year.

The sportswear corporation told CNBC that they had started selling three versions of the Ultraboost recycled plastic shoes in 2017.

Each pair of shoes, which were made in partnership with environmental organization Parley for the Oceans, reuses the equivalent of 11 plastic bottles.

All of the plastic was gathered by Parley workers from beaches and coastlines around the world before it could make it into the ocean.

LOOK: These Blobs May Be the Future of Plastic Water Bottles

The Parley for the Oceans website reads: “In remote areas, we establish systems to intercept plastic waste before it ends up in landfills, gets burned, buried or tossed into rivers or oceans. We don’t see recycling as the ultimate solution for plastic pollution, but keeping plastic that has been already produced in use reduces the need for new, virgin plastic.

“Together with its corporate partners, Parley develops programs which incentivize consumers to return their end-of-life products and keep plastic in a closed loop.”

Commit To Cleaning Up Negativity: Click To Share The Good News With Your Friends (Photo by Adidas)