Home All News Inspiring After Losing Hope of Ever Finding Their Dog, Pup is Finally Found... 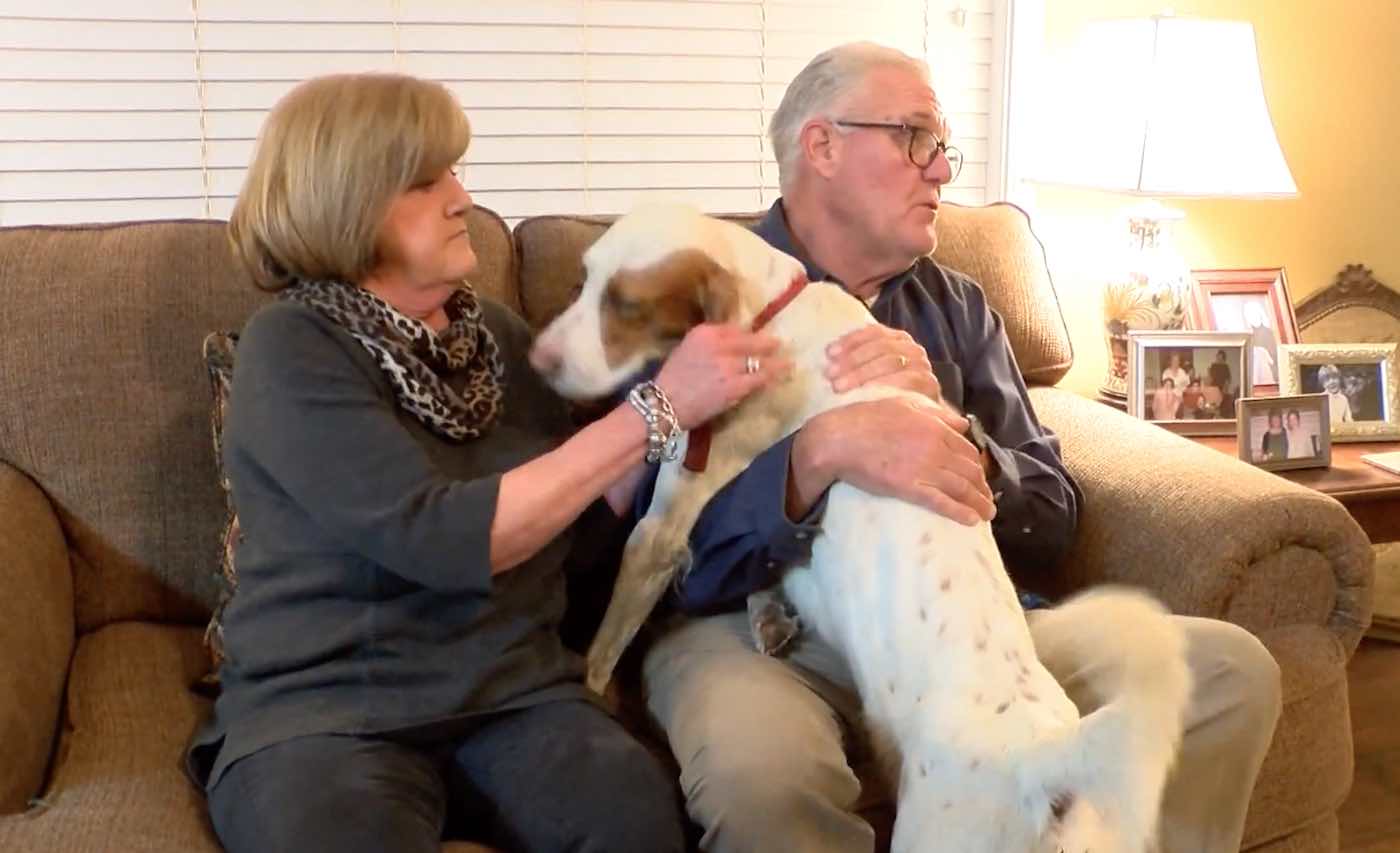 Last month, Michael Parker had been out preparing for quail season by helping his beloved dog Soup learn how to smell, flush out, and retrieve the game birds when suddenly, the English setter was distracted by a scent and ran off into the woods next to the orchard where they had been training.

For days, Parker and his wife searched in vain for their family pooch across Montgomery, Alabama, all while posting notices to social media and checking up on their local Humane Society shelter 3 to 4 times a day.

As the couple feared for the worst, Soup was off living like a king in the last place they would have expected: the Kilby Correctional Facility.

Soon after his owner lost him in the forest, Soup was found on the grounds of the prison by Charles Brooks, a plant maintenance supervisor.

WATCH: Wife Quits Her Job As Couple Spends 57 Tireless Days Searching for Their Dog in Mountain Town—See the Reunion

According to the Montgomery Advertiser, Brooks found Soup lying next to a truck looking scared. He had lost his collar during his adventure in the woods—but after Brooks fed him a biscuit, Soup quickly took a liking to the man.

As Soup followed Brooks all over the facility, he became an instant celebrity with the inmates. They began giving up parts of their dinner to Soup so he could feast on chicken, roast beef, and even peach cobbler. He played basketball in the yard, and tussled with the guard dogs.

Parker finally learned of his dog’s discovery thanks to a phone call from a social media user who had seen Parker’s pleas for help on a Facebook group for missing animals.

LOOK: Man Reunites Senior With His Pup After Standing On a Street Corner With ‘Lost Dog’ Sign for 3 Hours

“Someone called and said, ‘He’s up at Kilby Prison and they’re taking care of him and want to keep him,’” Parker told the Advertiser. “‘You better go get him before they do.’”

When Parker and Brooks met outside his shop on the prison grounds, Brooks whistled for Soup to join them. The excited pup immediately began jumping all over his owner as he lay on the concrete in tears.

“You absolutely knew that it was his dog,” Brooks told the news outlet. “Me and the dog were inseparable for three days, and he wouldn’t even come to me when that man pulled up.”

Instead, Soup jumped into the passenger seat of the truck and the two rode off together back home.

After a few days, it was clear that Soup missed all his new friends from his adventure; so the Parkers resolved to start bringing their pup back to the correctional facility for regular play dates.

(WATCH the news coverage below) – Photo by WSAV