Home All News Heroes Hero Garbageman Refuses to Flee Wildfires So He Can Check On Seniors... 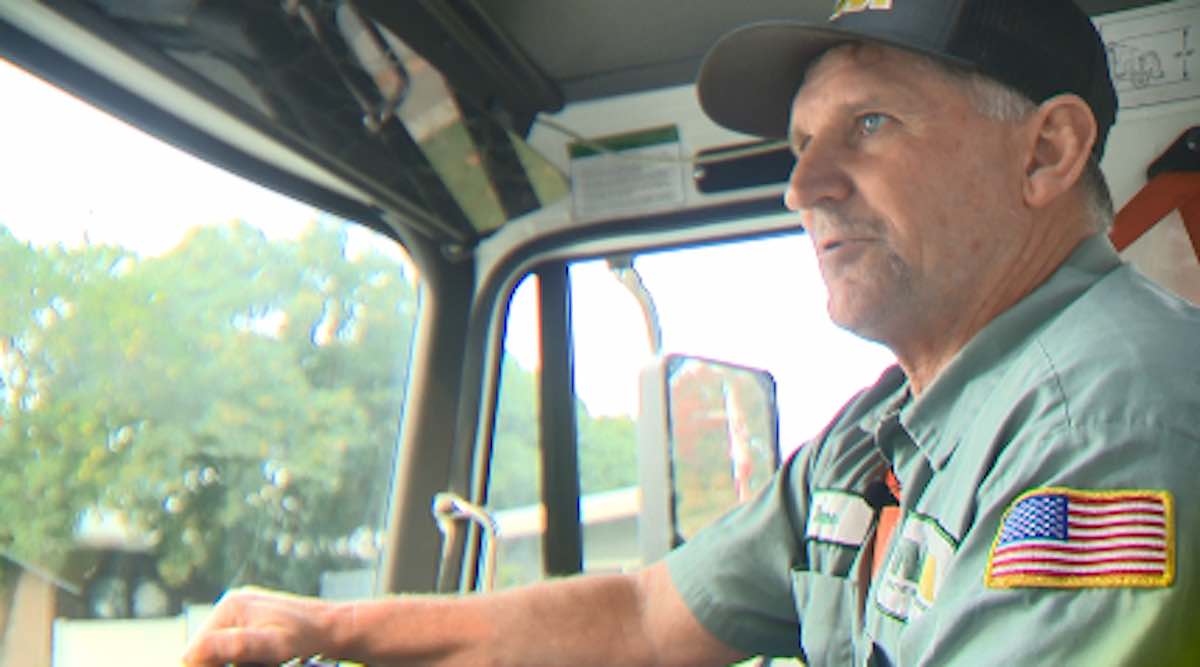 In Butte County, California, a garbageman refused to evacuate the path of a wildfire until he checked up on all his elderly customers—and a 93-year-old woman was so glad he did.

Dane Ray Cummings has driven the same trash route for eight years – and he knew where all the elderly people lived.

As news reports warned of the fires closing in on Magalia last week, his boss warned him to stop working and get out of town; but Cummings put his own safety on hold, so he could check on the seniors who might need help.

Meanwhile, Margaret Newsum was eating breakfast when she turned on the morning news and saw reports of the encroaching fire. With no family members in the area to help her, she stepped out on her porch hoping that someone would see her – and that’s when Cummings pulled up in his “big green monster” truck.

WATCH: Dad Confronts Bully by Treating Him Like a Son – Now the Homeless Boy Has Money and Friendship

“I probably went to 45 or 50 people to see if I could help them, (and) make sure they were getting out,” Cummings told KCRA. “She was my last stop.”

Since Newsum is recovering from a broken back, she depends on a caregiver for assistance. A quick phone call revealed that the caregiver had already left town, so Cummings insisted on evacuating Newsum himself.

With the help of some neighbors, they boosted the fragile senior into the truck and the two of them embarked on the 5-hour drive to safety.

MORE: When Student Accepts Stranger’s Accidental Invitation to a Funeral, She Becomes ‘Brightest’ Part of the Day

By the end of the trip, Cummings had heard the amazing life story of this sweet old lady who had baked him cookies on his route: She had personally witnessed the attack on Pearl Harbor; she tried hang gliding in her 70s; and she worked as a backup singer for Frank Sinatra’s Rat Pack, recalling they were “wonderful, wonderful men.”

“I wish I’d known her when she was younger,” said Cummings. “I would’ve married her.”

Breaking company protocol by giving a civilian a ride in his truck led to a a fierce new friendship, and turned this mild-mannered trash man into a local hero.

(WATCH the video below) – Photo by KCRA