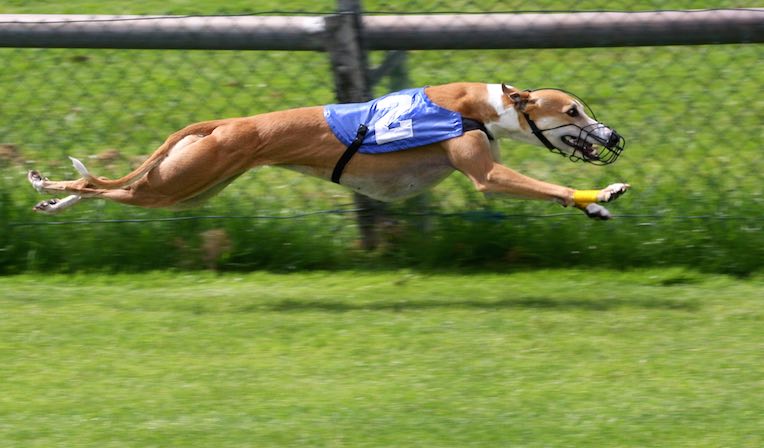 Arizona Gov. Doug Ducey signed legislation Friday ending greyhound and any other kind of dog racing in the state.

“Greyhound racing has run its course in Arizona,” said Governor Ducey. “It’s heartening that these beautiful greyhounds will soon be off the track and in loving homes. For any families looking to adopt a new canine companion this summer, I encourage you to consider one of these gentle and intelligent dogs.”

Although the new law, unanimously approved by the state legislature, allows for racing until the end of the year, the Tucson Greyhound Park–the last such establishment in the state–will be ending its live dog races by the end of June, according to the governor’s office–and the animals involved will be ready for adoption this summer.

An active adoption movement in the U.S. has assisted retired racing dogs and found homes for them as pets, with an adoption rate of over 90 percent.

Arizona becomes the 40th state to outlaw the activity, according to the Denver Post, since Gov. Hickenlooper signed a measure that prohibited commercial greyhound racing in Colorado in 2014.

In recent years, several state governments in the United States have passed legislation to improve the treatment of racing dogs in their jurisdiction–and four more states hold no greyhound races, despite the “sport” being legal there.

In the remaining states where it is practiced, the profitability has declined rapidly. The total amount gambled on greyhound racing nationwide declined by 67% between 2001-2011.

In Florida, where 12 of the 22 operational dog tracks in the US remain, the financial decline is even more significant– 72% between 1990 and 2013. RACE This Story to Your Dog-Loving Friends… Click to Share. (Photo by AngMoKio, CC)