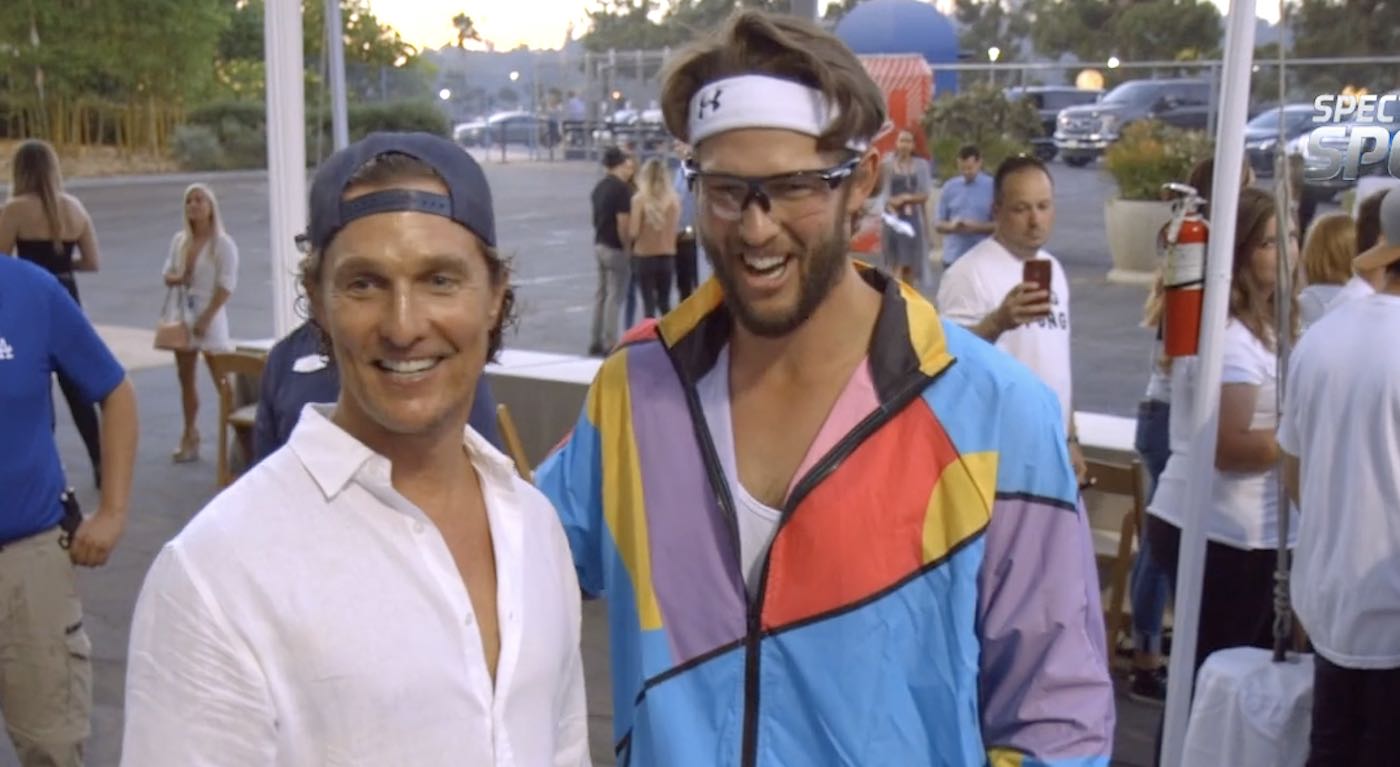 At Dodger Stadium recently, Clayton Kershaw was on the mound — not for the baseball fans, but playing ping-pong to serve underprivileged kids around the world.

The Dodger, who pitched brilliantly last week in the crucial fifth game of the playoffs, appeared on that same grass recently, playing his second–favorite sport with some heavy-hitting Hollywood celebrities.

The tables were set up around the infield where even Bill Nye the Science Guy was swinging to match last year’s fundraising total of a million bucks for charity.

RELATED: This Movie Star Lives Such a Simple and Happy Life, He’s Giving His $714 Million Net Worth to Charity

Some of the money will benefit The Dream Center in LA with a new playground, and sponsor 20 children to be rescued from trafficking in the Dominican Republic.

McConaughey was presented with an award and a donation to his foundation, Just Keep Livin’, which provides after school programs to help disadvantaged kids all over America.

This year’s PingPong4Purpose included a silent auction of one-of-a-kind sports memorabilia, and an online auction to win the ultimate Dodger fan experience—a one-on-one pitching lesson from the ace himself, Clayton Kershaw. Event organizers delivered the eleven ping pong tables used—and autographed by the stars—to Boys and Girls Clubs all over Los Angeles.

CHECK OUT: Elon Musk Keeps His Promise, Donates $480,000 to Give Every School in Flint a Clean Water System

Since 2001, Kershaw and his wife’s nonprofit Foundation, Kershaw’s Challenge, has given over $6 million to support at-risk kids.

Although Kershaw lost in the semi-finals of ping pong, after trash-talking about being the best, the 3-time Cy Young Award Winner delivered on the pitcher’s mound this week when it counted—but unlike the playoffs, they all went home winners on this night, and so did the kids.