Home All News Inspiring Dying 86-Year-old Bought 14 Years Worth of Christmas Gifts for His 2-Year-old... 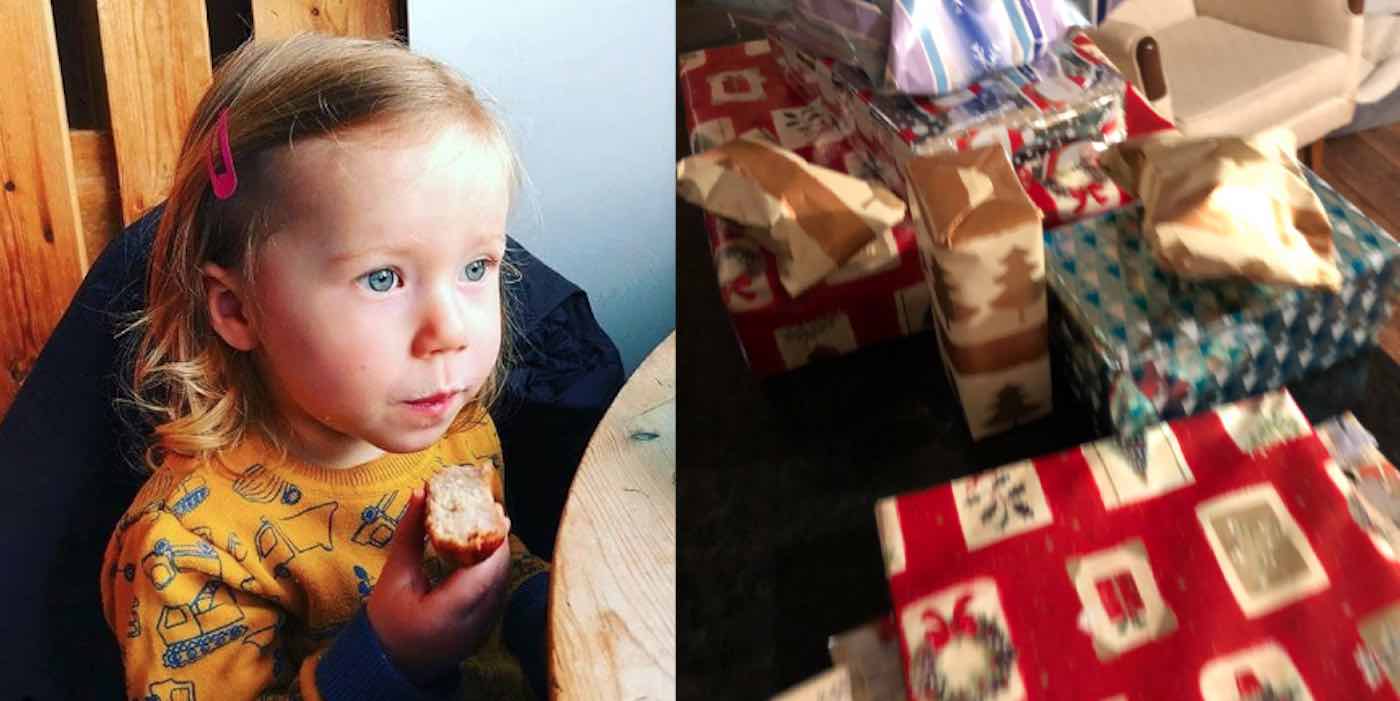 LISTEN to this story from our podcast, told by The Good News Guru (GNN Founder) on Friday’s radio broadcast with Ellen K on KOST-103.5 — Or, READ the story below… (Subscribe to our podcast on iTunes – or for Androids, on Podbean)

Ken Watson may have passed away in October, but a simple act of kindness that he performed before he died has already resulted in a lasting legacy.

Ken Watson was the 86-year-old neighbor of the Williams family. Owen Williams and his wife first moved into their home in Barry, Wales three years ago, and Owen says that he first caught a glimpse of Watson while the octogenarian was nudging a 20-foot ladder across the front of his house, all while he was balanced at the top.

The family formed a fast friendship with Watson, which was further strengthened when they gave birth to their daughter Cadi two years ago.

RELATED: Every Night for the Last 10 Years, Community Has Made Sure That Woman in Wheelchair Gets to Bed

Watson became a grandfather figure to the youngster, and every Christmas, he made sure to get her a gift.

After he died two months ago, the Williams family was stunned when his daughter showed up to their house with a massive plastic bag.

Inside the bag was 14 years worth of wrapped gifts that Watson had purchased for Cadi.

Our elderly neighbour passed away recently. His daughter popped round a few moments ago clutching a large plastic sack. In the sack were all the Christmas presents he’d bought for *our* daughter for the next thirteen years. ? pic.twitter.com/6CjiZ99Cor

“I kept reaching into the bag and pulling out more presents,” Williams told The Washington Post. “It was quite something.”

Williams believed that Watson chose 14 presents because he always told them that he would live to be 100 years old – and he died 14 years early.

LOOK: When Boy Mails a Birthday Card to His Dad in Heaven, Postman Comforts Him With a Celestial White Lie

The family decided to start a new Christmas tradition called, “A Present from Ken”, but they couldn’t decide whether to unwrap ’em first in order to figure out which ones were age-appropriate for each year.

My wife and I think it might make a nice Christmas tradition to give our daughter “a present from Ken” for the next 14 years.

Issue is, we really have to open them now. Nobody wants to give a fifteen-year-old Duplo!

A quick Twitter poll revealed that 69% of Williams’s followers believed he should do the “lucky dip” by leaving the presents wrapped and letting fate decide which gift Cadi would be unwrapping.

MORE: When Student Accepts Stranger’s Accidental Invitation to a Funeral, She Becomes ‘Brightest’ Part of the Day

“Message received loud and clear, Twitter!” wrote the doting dad. “We’re definitely going to open one every year till 2032 … It’ll be our way of remembering an immensely generous gentleman – our new Christmas tradition.”

He assured his new influx of invested followers that he would keep them updated by posting photos of the gifts to the same thread each year. 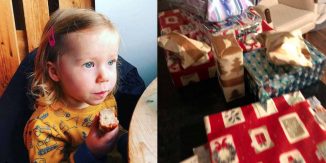 Williams also had some advice for Twitter: Get to know your neighbors.

“Take your neighbors a small gift, a token. Just say, ‘Hi.’ You can open a new world just like we did.”