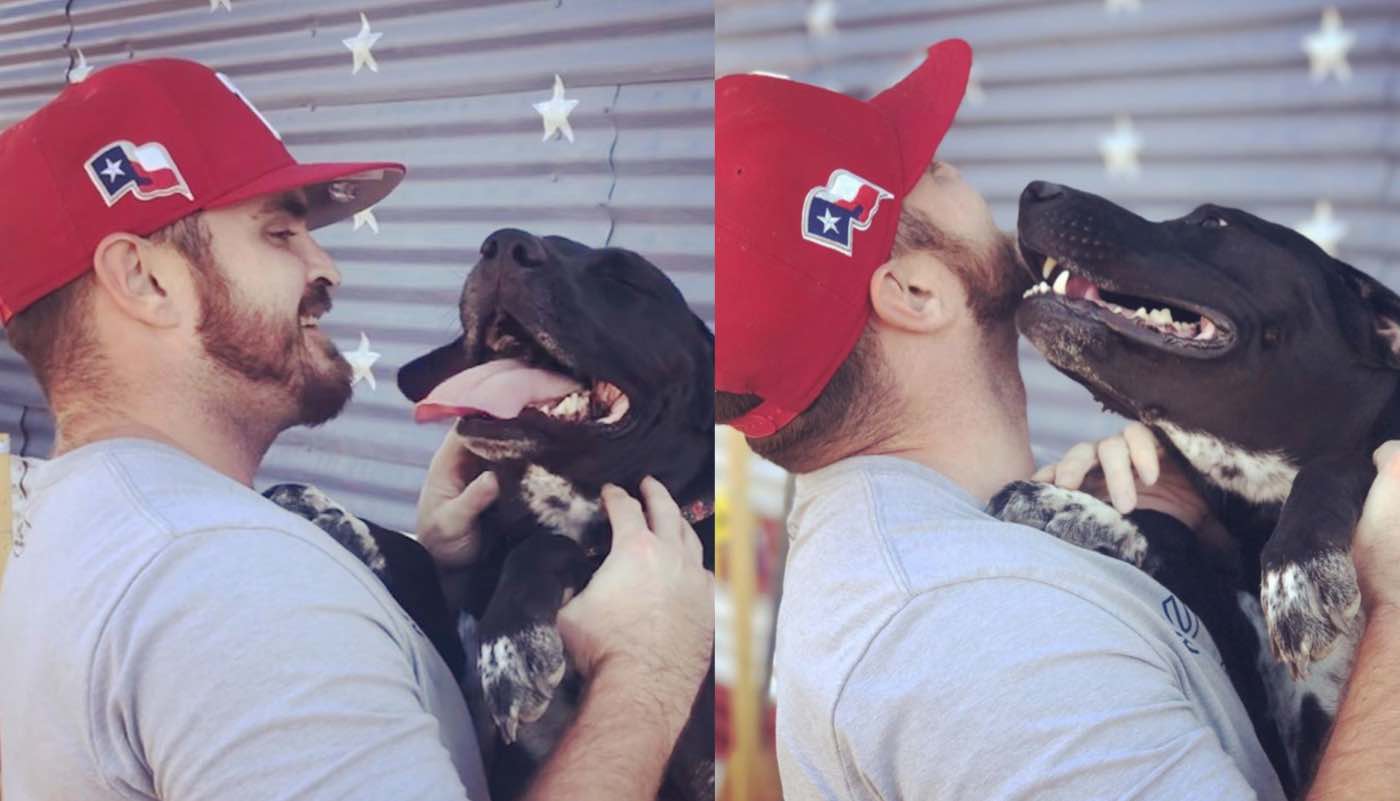 This veteran-run nonprofit has been pairing ex-service members suffering from isolation and PTSD with senior dogs rescued from overcrowded shelters where they could potentially be euthanized.

Because many veterans live alone without family or friends nearby, they can often become isolated and lonely from the lack of connection. As some veterans also suffer with post traumatic stress disorder, their social interactions can also become difficult.

That’s when the Vet Friends Foundation can step in with a helping hand. The organization delivers companionship to both the vets and the senior shelter dogs who need caring homes to live out the rest of their lives.

Joel Rockey, the Foundation’s founder, says that he came up with the idea for the organization after spending five years in the Navy in Iraq and Afghanistan. When Rockey returned home from his deployment, he wanted to focus on something he felt truly passionate about.

As fate would have it, he found his calling one day when he stumbled upon an old dog in a freezing snowstorm. He took the dog home and nursed it back to health even though the dog was blind, deaf, and badly injured.

Although the dog only lived for a few more months, Rocky made sure that those last days were filled with love and attention. He realized that it didn’t matter how long senior dogs still had to live—it mattered that their last moments were spent in a caring home.

Since senior dogs in shelters are often overlooked and have a very hard time getting adopted, Rockey knew that he could make a real difference; so he got his other veteran buddies together and launched Vet Friends Foundation.

Since 2016, they have found homes for more than 130 dogs from shelters across the US. Once the medical needs and personalities of the dogs are evaluated, the canines are ready to be adopted into loving homes.

Part of the reason why senior dogs make great pets for veterans is because they are calm, relaxed, and laid-back. Whenever a veteran chooses a dog to adopt, the organization covers the pet’s medical bills for the rest of the pup’s life.

Although this nonprofit is based in the Detroit area, they also have volunteers working to expand the mission in Ohio, Missouri, and California—to provide a sense of purpose and connection for American war veterans.