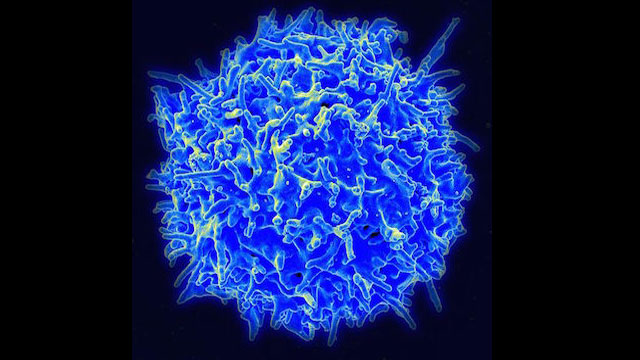 Scientists have been able to put a virtually incurable disease into complete remission by altering patients’ blood cells inside the body to fight the stubborn cancer.

The process allows the patient’s own immune system to fight chronic lymphocytic leukemia (CLL). Three of 14 patients in a four-year study are in complete remission–and four others showed partial remission.

Overall, patients in the study showed a 57% response rate to the treatment over the course of treatment.

CLL is a blood and bone marrow cancer almost impossible to beat. Expensive stem-cell transplants and chemotherapy have been the main tools doctors use to treat it, but those methods don’t always work.

The new process removes a patient’s T cells (pictured at top) — the white blood cells that the immune system uses to destroy disease. Researchers then “retrained” the T cells through gene therapy to go after a naturally occurring protein in B cells — the type of blood cells that leukemia affects. 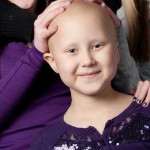 SUCCESS: Another Child in Leukemia Trials Ecstatic Over “Total Remission”

The T cells are then put back into the patient and begin destroying the cells that allow CLL to spread.

“This is a whole new approach to treating cancer,” David Porter, a University of Pennsylvania leukemia researcher and co-author of the study said. “We can now modify the human immune system to effectively and efficiently treat cancer — and that’s going to open doors to a whole new world of cancer therapies.”

This type of gene therapy has been tried with leukemia and Hodgkin’s lymphoma, but the long-term results announced in this latest study suggest it also may be a possible weapon against other forms of cancer.

ANOTHER BREAKTHROUGH: Massive Blast of Measles Vaccine Wipes Out Cancer

The report was published in the journal Science Translational Medicine. Funding for the study was supported in part by a grant from Novartis, and by grants from the Leukemia and Lymphoma Society, and the National Institutes of Health.