Home All News Kids Boy Invites His Entire Kindergarten Class to His Adoption Hearing—and the Ceremony... 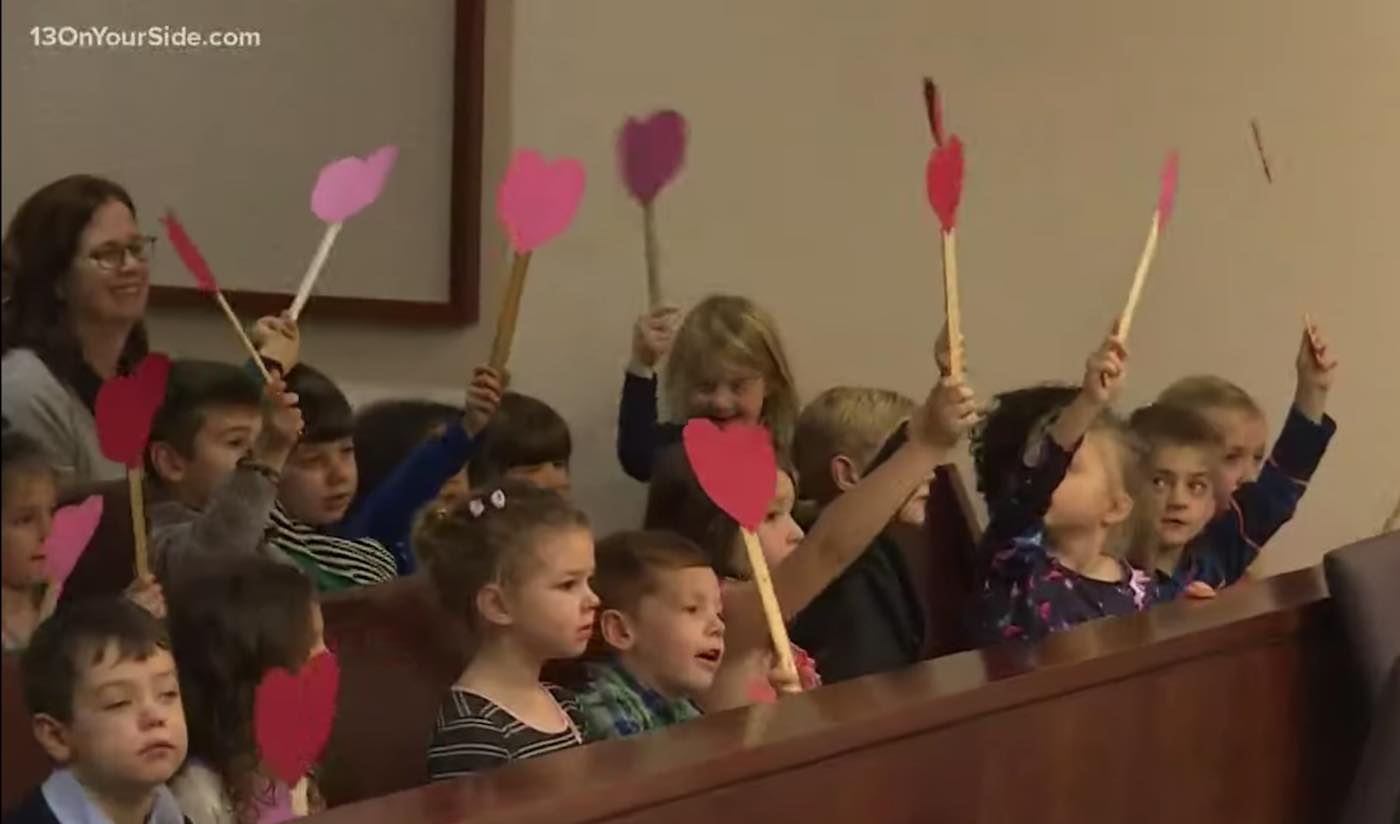 Justice is sweet, but this courtroom full of kindergartners is even sweeter.

5-year-old Michael Orlando Clark Jr. was just one of the children who found his forever family during a recent adoption event in Grand Rapids, Michigan.

He was so excited to officially be adopted, he invited his entire kindergarten class to his adoption hearing—and the ceremony was adorable.

RELATED: After Bullied Boy Has Terrible First Day of School, Upperclassmen Take Him Under Their Wing

As the youngsters waved heart-shaped wands from the peanut gallery, each of Michael’s classmates were given a chance to tell the judge how much they loved him. Michael’s teacher even joined in to say: “We began the school year as a family. Family doesn’t have to be DNA, because family is support and love.”

When it was finally time for the judge to officiate the adoption by banging the gavel, the youngster got to bring the hammer down alongside his new parents—and the entire courtroom erupted in celebration.

(WATCH the heartwarming news coverage below) – Feature photo by WZZM